‘Real Life Elsa' Survived Being Frozen Solid 40 Years Ago, Science Explains How It Is Possible

In 1980 New Year's Eve morning, one Wally Nelson stumbled on his friend's body just meters away from his own door. Nelson's friend, Jean Hilliard, was lying frozen in the snow. On the way to her parent's home, Hilliard's car had malfunctioned in the middle of a staggering -30 degrees Celsius, and decided to ask for Nelson's help.

Nelson's house was nearby, but unfortunately, Hilliard lost consciousness when she tripped while walking. The woman's body laid on the cold snow and remained frozen solid near Nelson's premises for the next 6 hours.

The Case of Jean Hilliard 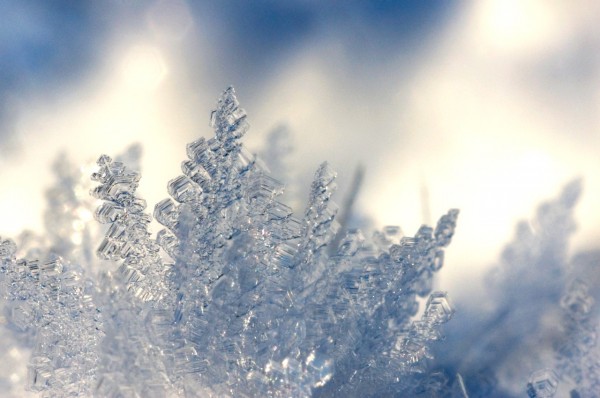 Thanks to Nelson, Hilliard was saved from being in a frozen state. If Nelson did not stumble to the body, Hilliard would be one of the yearly records of hypothermia victims. This event, which happened 40 years ago, had been a topic of scientific theories and medical assumptions. But in the present time, scientific advancements made it easy to identify the reason behind the survival of the 'real-life Elsa.'

Chilled bodies have the capacity to pause any circulation of the organs, especially the heart, and proceed with a low pulse for a limited time. In Hilliard's case, the accepted reason for her being in a frozen state is a case of hypothermia.

Hypothermia happens when the human body is exposed to abnormally high temperatures for a long amount of time. According to the Centers for Disease Control and Prevention (CDC), hypothermia is when a body decreases its heat quickly compared to the production of the normal body temperature. Hypothermia frequently occurs when a person is left defenseless in an environment with an extremely low temperature.

According to the report by The New York Times, Hilliard's body was frozen stiff when it was discovered. George Sather, the doctor that treated Hilliard, said that it was impossible for her to stay alive after what she has gone through. Her skin was too hard to puncture for anesthetics, eyes solid, and face pale. Thankfully, Hillard's body was brought back to warmness through the use of heating pads, and the woman started to talk at noon of the same day.

Water takes up more space when it is in a solid form compared to a liquid state. The larger volume of solid water causes expansion, and it can be harmful when it is solidified in the human body. Body tissues might even break if extremely cold temperatures inflict the body liquids. According to Science Alert, random ice crystals also have the capacity to shred cell membranes and cause frostbite, a condition where muscles decay and skin cells die.

In conclusion, Hilliard's experience was indeed a case of severe hypothermia, as her body exhibited muscular rigidity to the point where it resembled the stiffening of a dead body, also known as rigor mortis. Her organ channels were blocked by cold temperature, and the frozen state halted her organ functions. The 'real-life Elsa' case from 40 years ago might be a mystery for many, but science says that it was a simply rare hypothermia phenomenon.

Check out more news and information on Medicine and Health on Science TImes.