Einstein theorized in his astronomical studies that black holes could bend light around them through the use of the cosmic phenomena's own gravitational pull. This prediction from 1916 lacks evidence, but a recent study has confirmed that the massive devourers of space definitely have the capability to exhibit what Einstein's theory of general relativity assessed in the past. 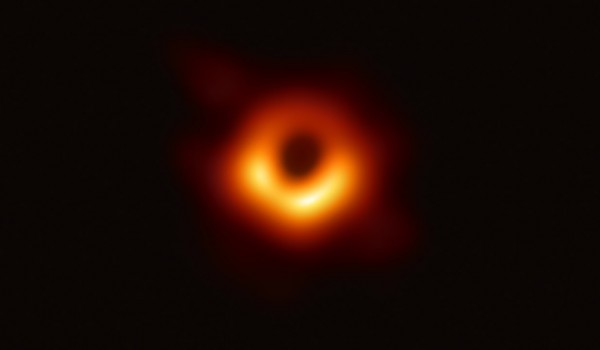 A supermassive black hole was recently discovered to have a light behind it. The astronomy experts were able to capture this great beauty through the collaborative effort of the European Space Agency ESA and NASA. The x-ray of the black hole was identified to have an existing light behind it through the lens of ESA's XMM-Newton and NASA's NuSTAR telescopes. According to a report by Universe Today, the said blackhole was charted 1,800 million light-years from our planet and expands 10 million times larger compared to our gigantic sun.

The black hole, also known as I Zwicky, exhibited a blazing x-ray appearance. These bright flashes were supposed to be a normal feature of the black hole; however, small additional flashes were observed right after the big flares. Moreover, these lights come in various light hues compared to the initial flares.

The observation of the supermassive black hole I Zwicky's unusual activities was proven to be evidence of Einstein's theory of general relativity. The bright materials that were captured in the x-ray were identified as light echoes, which are fragments of the actual light bending behind the I Zwicky black hole. The findings from the supermassive black hole's examination were published in the journal Nature, titled "Light Bending and X-ray Echoes From Behind a Supermassive Black Hole."

Black holes were confirmed to have their own gravitational pull that is capable of sucking light. The lights that were absorbed by the black holes, however, could produce footprints or echoes. Once it bends around the black hole, the echoes seemingly wrap the space-time region, making itself visible to the astronomers.

Stanford University's Kavli Institute for Particle Astrophysics and Cosmology expert and lead author of the study Dan Wilkins said that a black hole doesn't let any light come out once it was devoured, and there should be no traces of light left on sight. In a CBS News report, Wilkins said that the reason why lights were observable around the black hole is that the cosmic region literally warps space, and with this process, it could potentially bend light.

Roger Blandford, a Standford University expert and co-author of the research, also expressed gladness in finding the great discovery. Blandford said that astrophysics experts had no idea decades ago about how magnetic fields react near a black hole. Fortunately, Einstein's puzzling theory of general relativity is now observable in our present time through Earth's astronomical advancements.

The theory of general relativity was not even the principal study of the experts and had no plans of proving it at all. They just came across the evidence as they were investigating their main interest, which is the source of the corona found at the back of the supermassive black hole I Zwicky.