Experts from Western Sydney University and CSIRO found eerie clouds of electrons around galaxies hidden in the universe. These never-before-seen ghosts dance in the clouds in a galaxy a billion light-years away.

Lead researcher Professor Ray Norris of Western Sydney University and CSIRO said in The Conversation that the discovery is among many celestial phenomena found during deep search. 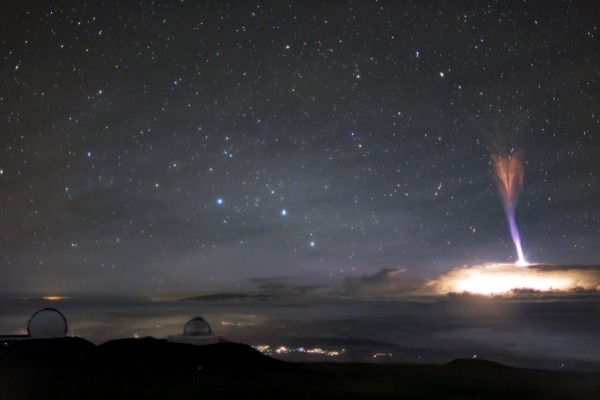 According to Mirage News, Professor Norris said scientists are becoming accustomed to astonishments as the EMU Project scans the heavens and probes further into the galaxy than any prior telescope. He went on to say that scientists are more likely to produce new discoveries when they boldly explore what no other telescope has seen before.

The discovery of the enigmatic Odd Radio Circles (ORCs), which appear to be huge rings of radio emission surrounding distant galaxies, is among those discovered by the EMU Project.

Experts, per TechExplorist, had no clue what the 'dancing ghosts' were when we first saw them. After investigating, they saw two 'host' galaxies approximately several billions of light-years away. Two large black holes at their cores spray forth jets of electrons, twisted into bizarre forms by an intergalactic wind.

Professor Norris stated that they are even uncovering surprises in areas they previously thought they knew about. They discovered a massive radio galaxy, one of the biggest known next to the galaxy IC5063. Its supermassive black hole spews forth electron jets that span over 5 million light-years. Australian Academy of Science said that the only telescope that could totally see this weak emission is ASKAP.

What EMU Can Do

Deccan Herald said active galaxies, supermassive black holes in quasars, and extremely strong signals are the most well-known sources of radio emissions. This is the case because radio telescopes have historically struggled to detect the considerably fainter radio emission from typical spiral galaxies like our own Milky Way.

The EMU project is comprehensive enough to observe them as well, according to the same Deccan Herald report. EMU detects nearly all spiral galaxies in the surrounding universe that were previously exclusively visible to optical and infrared instruments. Even the spiral arms in the closest ones can be traced by EMU.

EMU will aid our understanding of how new stars are born in these galaxies.

These are some of the early outcomes of the EMU project, which began in 2009. The EMU team, which consists of over 400 scientists from over 20 nations, has spent the past 12 years planning the project, devising methodologies, creating software, and collaborating with the CSIRO engineers who built the telescope. It has been a long time, but experts are now seeing the incredible data they have been waiting for.

But this is only the beginning. EMU will utilize the ASKAP telescope over the next several years to go even deeper into the universe, building on current discoveries and discovering new ones. All of EMU's data will eventually be released into the public domain, allowing astronomers from all around the world to mine it for new discoveries.