Pentagon Uses AI That Can Tell What Will Happen Days in Advance; Tech Advancement Developed for Military Purposes

The United States military has been testing artificial intelligence for years, and according to Pentagon, this particular AI is tasked with detecting possible future events "days in advance." Such investigations appear to be getting quite more and more interesting.

The series of experiments is known as the Glide Information Dominance Experiments or GIDE. It syndicates data from many sources, including satellite imagery, intelligence reports, radar, and sensors in the field, among others.

Science Alert reported cloud computing plays an essential part, too, in this particular setup, ensuring that vast chunks of data gathered from all parts of the world can be effectively processed and then retrieved by whichever officials and agencies of the military need them.

According to the US Air Force General Glen VanHerck, GIDE exemplifies an essential change in how information and data are used to increase decision space for leaders from the tactical to strategical level, not just military leaders, although it offers opportunity too, for the civilian leaders. 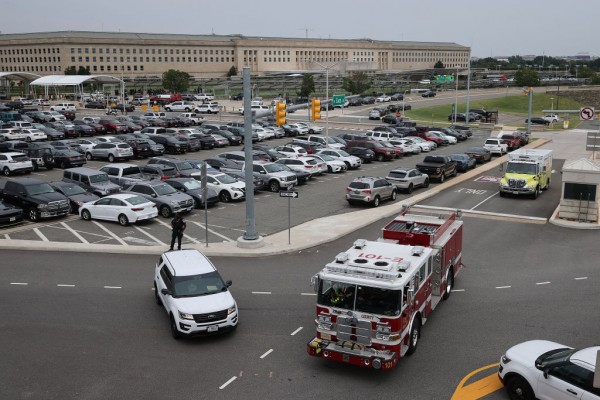 (Photo: Chip Somodevilla/Getty Images)
The algorithms which US Air Force General Glen VanHerck described could look at the average number of vehicles in a parking lot in enemy sites, for example.

A similar MSN news report said the algorithms VanHerck described could look at the average number of vehicles in a parking lot in enemy sites, for example.

The technology could count the airplanes on a ramp and stimulate a warning when seeing change, and it could even detect missiles being readied to launch. This, the report specified, could offer Pentagon days of early warning.

This new tech advancement's notion is to expect the other nations' move way ahead of time, which means preventions and protections can be put in place prior to the beginning of fights, or before hostilities get the chance to ramp up.

The AI undoubtedly helps in the use of machine learning to spot and gather all information much faster than the ability of human operatives.

VanHerck explained the data is existing. What they're doing is making that particular data available and eventually shared into a cloud, where AI and machine learning look at it. More so, they are processing it fast and providing it to decision-makers, which he calls decision superiority.

He added, the technology gives the military days of early warning and the ability to respond. Where, before, he continued, they may not have put eyes on with a GEOINT satellite image's analyst, now they are doing that only within minutes or almost real-time.

Helps in Scaling Down of Situation

Understandably, this country is not giving too much away in terms of the manner these new AI networks are working or the manner they are processing the information they are collecting, although the result is more data are processed quicker. This third set of GIDE testing was completed just recently, and a fourth has already been planned.

The ScienceAlert report also said while tests seem "a bit Minority Report at the moment," those being arrested for crimes prior to their commission, officials frame them up as a form of "supercharged information gathering," instead of ways to actually see into the future.

The military official emphasizes that humans still make the decisions according to the data produced by the machine-learning systems. He added that the currently developed AI is likely to end up scaling down situations instead of the other way around.

The ability to see days in advance develops a decision space that, according to VanHerck, for him, as an operational commander to possibly pose forces to develop preemption choices to offer that to the secretary or the President even.

A similar report about this technological advancement is shown on Buzz AI's YouTube video below: