Virgin Galactic is reopening ticket sales for the SpaceShipTwo spaceplane, starting at $450,000, after taking company founder Richard Branson to space.

The company mentioned the news during its second-quarter results report. The news follows the successful Unity 22 flight, which included Virgin Galactic founder Richard Branson as a passenger. 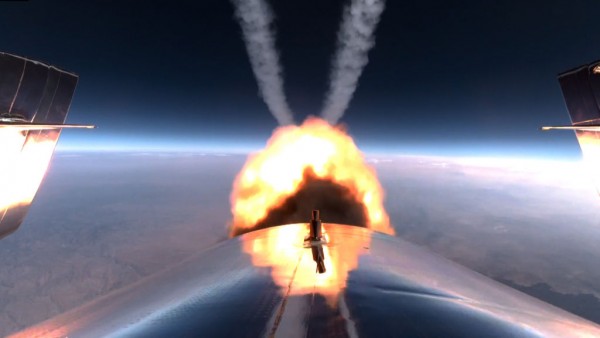 (Photo: Virgin Galactic / Handout/Anadolu Agency via Getty Images)
NEW MEXICO, USA - JULY 11: Sir Richard Branson flew into space aboard a Virgin Galactic vessel, a voyage he described as the "experience of a lifetime" at the Spaceport America in New Mexico, United States, on July 11, 2021.

According to The Verge, the increased fee is almost twice the $200,000 to $250,000 paid by around 600 customers who previously reserved seats on Virgin's spacecraft between 2005 and 2014. The firm hoped to profit from the success of the fully-crewed test flight last month.

Virgin Galactic CEO Michael Colglazier said in the same Verge report that they immediately reopened the ticket sales for SpaceShipTwo for its Spacefarer community to capitalize on the increase in customer interest following the Unity 22 trip.

The first revenue-generating mission for the space tourism firm is scheduled on September.

According to the same Verge report, the Unity 23 mission will transport scientific payloads and three personnel of the Italian Air Force.

The company said Virgin Galactic has a backlog of 600 ticket holders waiting to board their spaceflights.

The business plans to provide three customer options: a single-seat, a multi-seat package, and a full-flight buyout, according to the company.

ALSO READ: Japanese Billionaire Yuzaku Maesawa of SpaceX dearMoon Mission Will Fly to Space Soon; Who Will Join Him?

Fox News added that sales would begin with the firm's large roster of "early hand-raisers."

Virgin Galactic had previously announced that it would give two seats on SpaceShipTwo to those who donated to Space For Humanity, CNN said. Over 125,000 people from 190 countries had donated.

Since Virgin Galactic's SpaceShipTwo crashed on a test flight in 2014, ticket sales have been halted. NBC News said one pilot died, and another was injured as a consequence of the accident.

In a brief statement issued on Twitter at the time, Virgin Galactic stated that the spaceplane "had an in-flight anomaly."

The National Transportation Safety Board (NTSB) shared the investigation's findings to the public less than a year after the incident. Human error and lack of safety caused SpaceShipTwo to crash. Scaled Composites, the spaceplane's manufacturer, was blamed for the latter.

The Success of Unity 22

Richard Branson was one of the passengers onboard the SpaceShipTwo spaceplane, including three other passengers and two pilots.

The primary aim of the Unity 22 mission was to serve as a test flight for future Virgin Galactic passenger trips.

The spaceship and its carrier plane, the VMS EVE, took off from New Mexico's Spaceport America.

As they were launched about 53 miles up on the Unity 22 mission, Richard Branson and his fellow passengers were able to experience a few minutes of weightlessness.