Coral reefs are undoubtedly adversely affected by the worsening climate change and global warming. Impacts of human-caused stressors, like climate change, are evident on coral reefs as many of them start to die and endangers other species relying on them.

Deterioration in coral reefs pushes conservation efforts to save them. However, a new study from the University of British Columbia raises sticky questions about coral reef conservation.

The study "Coral Reefs in the Gilbert Islands of Kiribati: Resistance, Resilience, and Recovery After More Than a Decade of Multiple Stressors" was published in PLOS One. 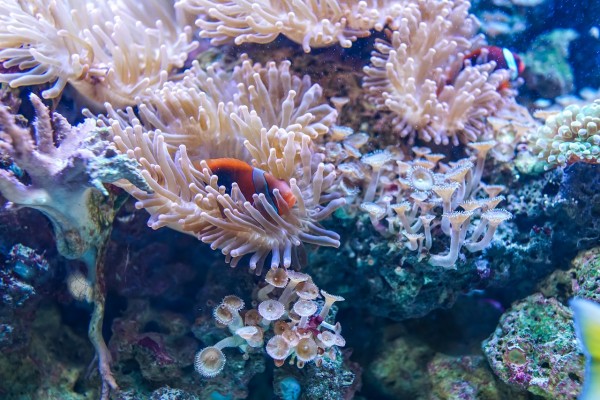 The new study is a collaboration between researchers from UBC and the Ministry of Fisheries and Marine Resource Development of the Republic of Kiribati. According to Phys.org, researchers focused on the two atolls in the Central Pacific more than 36 miles (59 kilometers) apart.

Study lead author Sara Cannon, a Ph.D. at the university's Institute for the Oceans and Fisheries and the department of geography, said that the El Niño-Southern Oscillation caused ocean temperatures to fluctuate in the equator every year that led coral reefs in this area to experience extreme heat compared to other parts of the world.

"Marine protected areas (MPAs) are the most common tool that scientists recommend to protect reefs from human-caused stressors, including climate change," Phys.org quoted Cannon. "But if MPAs create the conditions where more sensitive corals can thrive-by reducing local disturbances such as fishing or pollution, like in Abaiang-then it could backfire by making those reefs more vulnerable to heat stress."

MPAs can be created by delineating zones with permitted and non-permitted activities within the zone, IUCN said. The Union advocates for the expansion of MPA through science and collaboration with local stakeholders.

Researchers found that coral reefs in Tarawa are dominated by a weedy species of corals, called Porites rus, which grows in high nutrient concentration from pollution. On the other hand, coral reefs in Abaiang experienced coral bleaching because of the same extreme heat in the ocean and being devoured by gigantic poisonous starfish.

Study Raises "Sticky Questions" on the Conservation of Coral Reefs

Phys.org reported that "sticky questions" were raised because of the results of the six-year study on the reefs of the Republic of Kiribati. The study challenges the common beliefs in conservation biology that wildlife in environments with fewer threats and local stress could resist the adverse effects of climate change.

Moreover, Cannon said that the study results do not fully explain the potential trade-offs for the people and the ecosystem. Even if local stressors make reefs less vulnerable to climate-driven threats, it does not mean that local threats are good for coral reefs.

Cannon noted that questions remain about how useful coral reefs' ability in Tarawa as fish habitats is and whether it can prevent erosion. Also, it is unlikely that the original reefs of Tarawa could be restored or that corals in Abaiang would remain the same because they could become healthy once again.

She thinks the study's biggest takeaways are understanding what can be learned from the findings and learning how to support people in the area and undo the harm caused to coral reefs.