Turtles Can Live From the Victorian Era up to Present; Reason Behind the Longevity of Turtles Explained

In 2019, Guinness World Records awarded the "world's oldest animal on land" to a certain creature located in South Atlantic. The award was given to Jonathan, an enormous tortoise that had been living on the island of St. Helena for almost two centuries now.

Guinness World Records selected Jonathan as the winner of the title due to the tortoise being born during Queen Victoria's era way back in the 1830s. Jonathan was 80 years old when the famous ship Titanic sank, and by the time it got the world record, the tortoise was at its 187 years of age.

How Do Turtles Live Long? 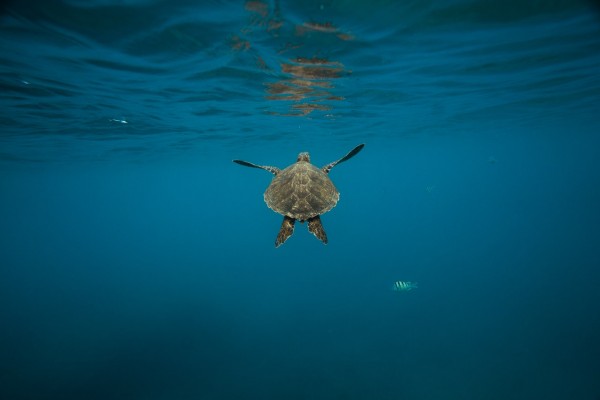 Jonathan is an example of a creature under the family of turtles that had been recorded with staggering longevity. According to Florida SouthWestern State College biology expert and turtle ecologist Jordan Donini in a Live Science report, sea turtles have a life span of 50 to 100 years, while box turtles are more enduring and can live beyond a century. Donini added that the maximum life span of most sea turtle species is still uncovered.

Turtles have the best longevity among the animal kingdom due to numerous biological and evolutionary explanations. In the Live Science interview, Arkansas State University reptile expert and physiology professor Lori Neuman-Lee said that in terms of evolution, the turtles have simply adapted to the common food chain activity that was being conducted for many years.

Some animals like snakes and raccoons are fond of turtle eggs, and the only way to escape this chain is for the turtles to pass down their genes. Along with procreation, turtles learned how to live longer than they do and breed consecutively.

The turtles' longevity in biological explanation, on the other hand, is much more complicated than their straightforward evolutionary history. According to Neuman-Lee, turtles are also composed of telomeres, a genetic material that houses genomes by acting as a protective cap on DNA's end strands or chromosomes.

The function of telomeres is to protect the chromosomes in case of cell division. However, these protective caps get smaller and degrade over time, creating an effect on the chromosomes and eventually halting DNA replication. What is devastating about this genetic process is that when DNA stops replicating, tumors and cell anomalies develop.

Telomeres in turtles, however, have a lower rate of decay. Compared to the protective caps in human chromosomes, the telomeres of turtles do not shorten quickly and can deflect any significant changes brought by a negative effect during DNA replication.

The turtles are not yet fully examined, and other factors that could explain their longevity are still a puzzle for experts. However, some scientific theories have been formulated regarding the turtle's long life. Through the series of experiments and observations, the scientists are able to build a hypothesis that will possibly help us understand the longevity of turtles in the future.

Among the investigations on the near-immortality feature of turtles is the recently published article in the journal arXiv, titled "Concurrent Evolution of Anti-Aging Gene Duplications and Cellular Phenotypes in Long-Lived Turtles."