Expedition 65 Highlights: Here Are The Major Events That Happened In The ISS Yet [PHOTOS]

Expedition 65 mission is NASA's 65th and busiest crewed expedition to the International Space Station (ISS) yet.

The mission started with seven crew members on board on April 17, Space.com said. Three astronauts from the Soyuz MS-18 spacecraft plus four astronauts from SpaceX's Crew-1 mission. A second SpaceX Crew Dragon ship landed on April 24, with four more Crew-2 members, bringing the ISS population to 11 people - about double the average crew size. 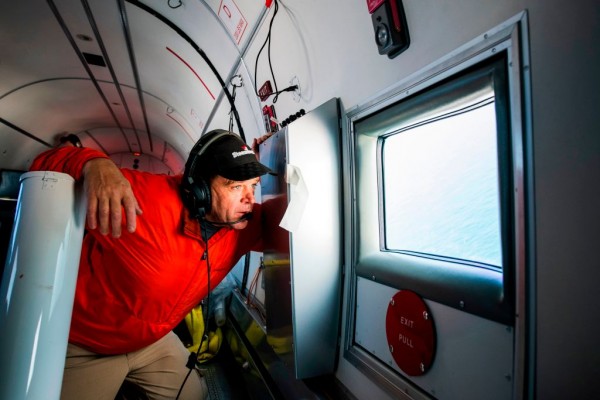 (Photo: JONATHAN NACKSTRAND/AFP via Getty Images)
Ian McCubbin, project manager of Oceans Melting Greenland, or OMG, watches after dropping a 1.5-meter cylindrical probe from onboard the refitted DC3, built-in 1942 for the Canadian air force during World War II, on August 15, 2019, flying along with the eastern coast of Greenland. 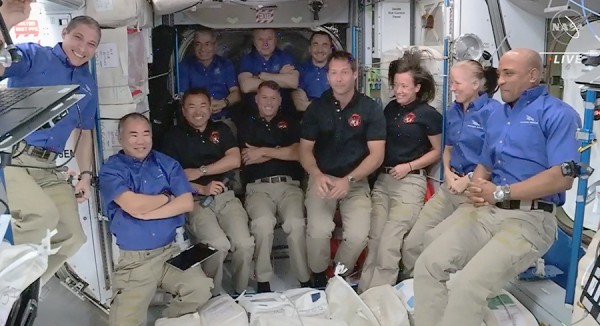 The whole Expedition 65 crew of 11 gathered for a picture on board the International Space Station, as shared by NASA. NASA astronaut Mark Vande Hei plus cosmonauts Oleg Novitsky and Pyotr Dubrov arrived on the Soyuz MS-18.

From Eleven to Seven Members Left 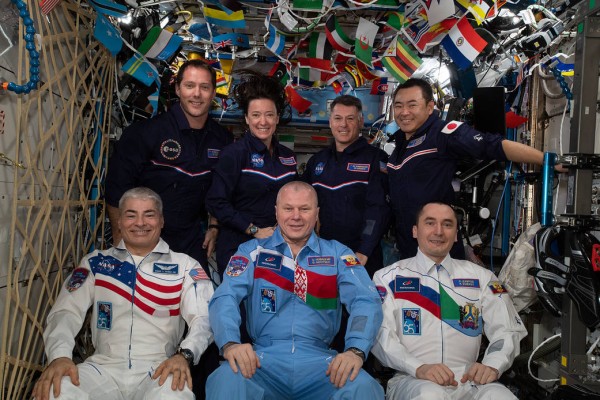 (Photo: NASA)
iss065e166107 (July 10, 2021) --- The seven-member Expedition 65 crew gets together for a portrait aboard the International Space Station. In the front row from left are, flight engineers Mark Vande Hei, Oleg Novitskiy, and Pyotr Dubrov. Flight engineers Thomas Pesquet, Megan McArthur, and Shane Kimbrough are in the back with Commander Akihiko Hoshide.

Only seven crew members remained on board the International Space Station after the SpaceX Crew-1 astronauts returned to Earth. The Expedition 65 crew - one ESA astronaut, a JAXA astronaut, two cosmonauts, and three NASA astronauts - poses for a portrait, which NASA shared on its website. In the photo are Akihiko Hoshide, Mark Vande Hei, Megan McArthur, Oleg Novitskiy, Pyotr Dubrov, Shane Kimbrough, and Thomas Pesquet. 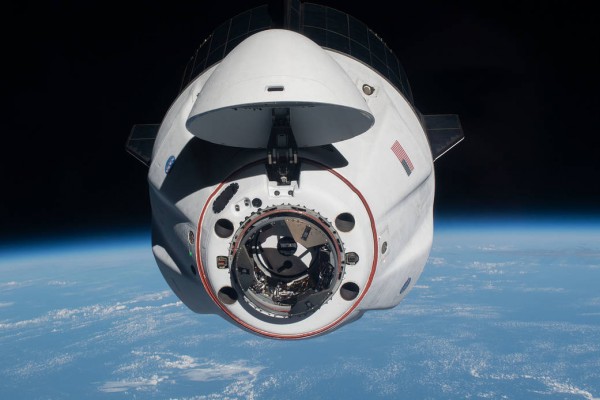 (Photo: NASA)
This image from April 24, 2021, shows the SpaceX Crew Dragon Endeavour as it approached the International Space Station less than one day after launching from Kennedy Space Center in Florida. The SpaceX Crew-2 astronauts, Commander Shane Kimbrough and pilot Megan McArthur with astronauts Akihiko Hoshide of the Japan Aerospace Exploration Agency and Thomas Pesquet of the European Space Agency joined the Expedition 65 crew shortly after docking to the Harmony module's forward-facing international docking adapter. 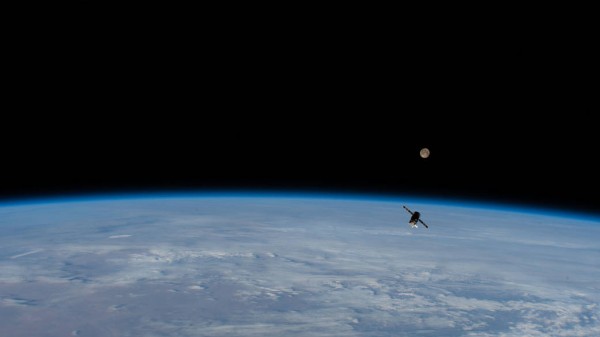 (Photo: NASA)
iss065e007768 (April 27, 20211) --- The trash-filled ISS Progress 75 (75P) resupply ship, with the full Moon above the Earth's horizon, is pictured separating from the International Space Station shortly after undocking from the Zvezda service module. The 75P had spent just over a year attached to Zvezda.

Russia launched its new Multipurpose Laboratory Module, commonly known as Nauka, to the International Space Station during Expedition 65. On July 29, 2021, Nauka docked with the ISS, after which it briefly misfired its engines, sending the station spinning in orbit. According to NASA, ISS flight controllers could correct the problem, and the astronauts were not in danger.

The Russian portion of the orbiting lab will use Nauka as a scientific module. A view of Russia's Nauka module docked with the International Space Station on July 29.

A Journey Back Home 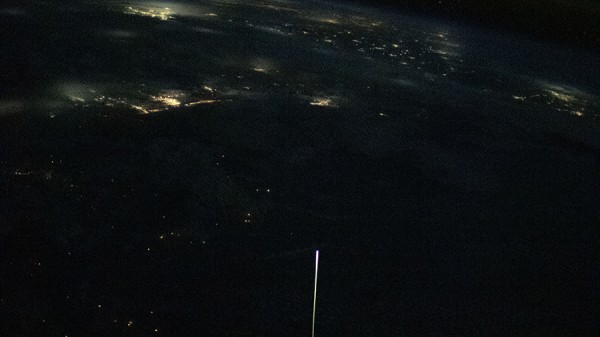 (Photo: NASA)
The SpaceX Crew Dragon Resilience, with four astronauts aboard, is pictured from the station re-entering Earth’s atmosphere on May 2, 2021.

Just hours before successfully returning the SpaceX Crew-1 passengers to Earth in the Gulf of Mexico, SpaceX's Crew Dragon Resilience, which flew on the Crew-1 mission, is shown outside the Harmony module on May 1. 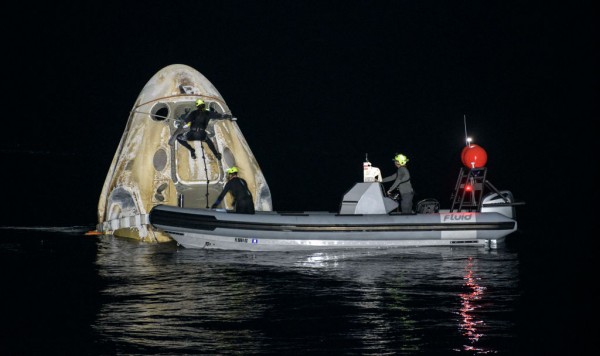 (Photo: Bill Ingalls/NASA via Getty Images)
PANAMA CITY, FL. - MAY 02: In this NASA handout, Support teams work around the SpaceX Crew Dragon Resilience spacecraft shortly after it landed with NASA astronauts Mike Hopkins, Shannon Walker, and Victor Glover, and Japan Aerospace Exploration Agency (JAXA) astronaut Soichi Noguchi aboard in the Gulf of Mexico on Sunday, May 2, 2021, off the coast of Panama City, Florida.

The SpaceX Crew Dragon Resilience returned to Earth on May 2. An astronaut aboard the International Space Station obtained this image of the spacecraft reentering the atmosphere. Michael Hopkins, Victor Glover, Shannon Walker, and Soichi Noguchi were safely returned to Earth by the vessel.