A Day in the Life of a Quantum Engineer: Scientist Explains Perspective on Weirdest Field of Science, Quantum Mechanics

National Physical Laboratory expert and University of Strathclyde UKRI Future Leaders member Alessandro Rossi shares his experiences in the quantum physics industry to Nature and how mystifying yet scientific his works are under the pressure of pure precision and physical disciplines.

Life of an Expert in Quantum Physics and Meteorology 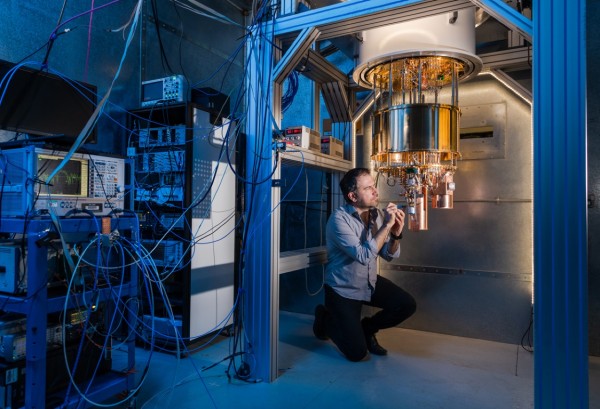 Rossi has two ongoing commitments in the field of quantum mechanics. Currently, the expert is working at London's National Physical Laboratory or NPL, where he focuses on the studies revolving around one of the most delicate regions in quantum-physics principles, quantum meteorology.

The work Rossi does under quantum meteorology heavily involves measurement, and one partner he could rely on during working hours is the dilution refrigerator. The massive cooling device has many applications, including cooling a specific semiconductor down to a temperature at -273.5 degrees Celsius past absolute zero. The dilution refrigerator's application is an example of its capability to produce a unique temperature that is nowhere near any temperature present in other portions of the universe.

NPL experiments allowed Rossi to do astonishing quantum physics applications. For example, Rossi's team can observe and examine the transfer of single electrons in a given space and time, meaning that he can precisely know how many single electrons are moving in a unit of time.

By fusing single electron counting and the dilution refrigerator, more stunning outcomes can be produced. Rossi said that by controlling the said electrons each and separately under the conditions exhibited by the refrigerator, he would be able to generate and control electric current in the most accurate manner.

The NPL results gathered are mutually essential to Rossi's other job at the University of Strathclyde in Glasgow. His team at the institute is currently developing one of the innovative trends in our age, which is quantum computers.

Moving electrons one by one is the trick to allow information in a semiconductor-based quantum computer to move around without restrictions, making the data and computation available faster than the typical supercomputers.

Quantum computing, which is the technology that specifically uses the principles of quantum physics, has a speed-based performance measured in quantum bits or qubits. The qubits can exist in various states simultaneously, meaning that information relay is much faster in quantum computers compared to classic computers.

Moreover, quantum computers are not only specialized in information processing but also have the ability to simulate complex examinations, including chemical reactions due to the computer itself that was built using a collection of atoms and molecules.

The scientific expertise of Rossi presents the idea of having a single material in two separate states at the same time. The quantum physics community is indeed a puzzling and mysterious field of science, and Rossi correlates it to his own corresponding roles indistinct specialization under quantum physics and meteorology.

Rossi said that combining the complex and almost invisible factors in quantum physics with the steadiness and repeatable disciplines of meteorology works together in a mind-boggling way.