Cuttlefish are found to have the best memory among other intelligent creatures in the animal kingdom. In a new study, the cuttlefish species can memorize specific events and can remember details revolving around them. Based on the investigation, the cuttlefish is the first animal to exhibit a strong memory that does not fade due to age. 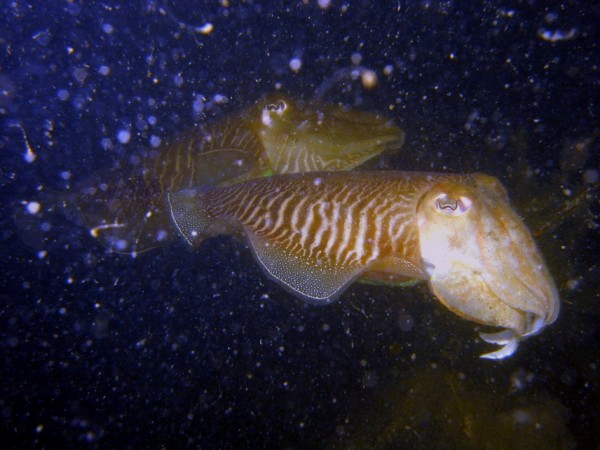 An experiment was carried out with the help of 24 common cuttlefish to find out the science behind their memory capacity. Half of the cuttlefish subjects have an age range of 10-12 months old. The other group has 22-24 months old, which the experts said are comparable to the older adults' age range of humans.

University of Cambridge psychology expert and lead author of the study Alexandra Schnell said that the cuttlefish can remember anything they ate, where it took place, and when it happened based on the food itself.

Yahoo News reported that using the memory of their sustenance, the cuttlefish can select their future decisions based on the experiences they had with the food.

Cuttlefish, also called Sepia officinalis, also experience aging. However, Schnell said that even though the species has physical features and motor skills affected by old age, the stunning memory ability of the cuttlefish does not deteriorate as they grow older.

Episodic memory is a psychological label for the human's long-term memory. This category is a time capsule of the specific events and experiences that happened during our lifetime.

However, aging of humans causes the part of the brain known as the hippocampus to deteriorate, making the episodic memories fade.

Cuttlefish, on the other hand, do not contain a hippocampus like humans. In addition, the brain of the animals does not contain the same structure as humans do. What the cuttlefish have are vertical lobes, which are responsible for their memory and learning ability.

The vertical lobe in cuttlefish is known to deteriorate as well, but this does not happen until the last two to three days of the animal's lifespan. The study revolving around the extraordinary ability of cuttlefish was published in the journal proceedings of the Royal Society B Biological Sciences, titled "Episodic-like Memory Is Preserved With Age in Cuttlefish."

ALSO READ: Turtles Can Live From the Victorian Era up to Present; Reason Behind the Longevity of Turtles Explained

The cuttlefish was examined through a series of experiments. The tests included training the cuttlefish to approach a specific area in their water tank using the usual food they consume.

The food ranges from their favorite grass shrimps to king prawns that were placed in different locations. The training has been conducted consecutively for four weeks.

The memory of cuttlefish was challenged throughout the experiment by experts using different types of food. This method prevented the animals from memorizing the pattern instead of relying on their own knowledge.

The findings concluded that cuttlefish indeed have an outstanding memory. Schnell said that there are no significant variations between the younger and older cuttlefish.

The Atlantic reported that according to Schnell, the team was surprised with the performance presented by the older group, as they outperformed the younger group in one of the tests.