Researchers from the United States found that when fruit flies were kept in isolation, their sleep and eating behavior changes as reflected in their brain activity.

According to Yahoo! News, fruit flies start to eat more and sleep less when alone. This behavior seems to mimic a human's behavior during isolation, particularly during the lockdowns because of the COVID-19 pandemic.

Researchers believe that the findings of the study, titled "Chronic Social Isolation Signals Starvation and Reduces Sleep in Drosophila," published in Nature, could help in understanding the link between loneliness, insomnia, and overeating in humans. 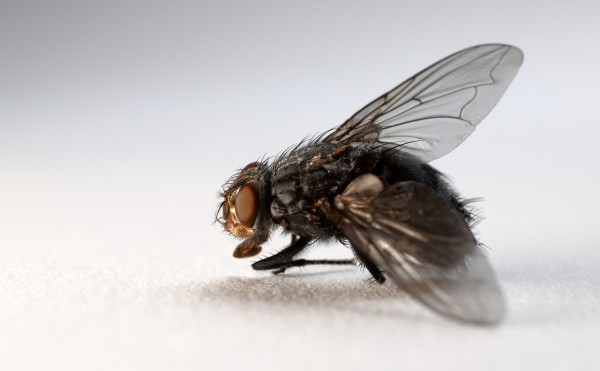 Loneliness is Shaped by Neural and Cognitive Function

According to Nature, fruit flies (Drosophila melanogaster) are social animals just like humans. They also react similarly when isolated as scientists observed that the fruit flies exhibited dysregulated sleep and feeding patterns, which highlights how prolonged absence of social contact could affect their health.

The study showed that social context shapes and are shaped by neural and cognitive function and gene expression. Although fruit flies may not be the perfect model to investigate the science of loneliness, there are a plethora of studies in the past two decades indicating that fruit flies respond to social context.

Social groups influence the susceptibility of fruit flies and their behaviors, like eating, mating, and sleeping. These are all influenced by genetics and social experience. But it could be disrupted when they are lonely.

Researchers identified a group of genes that are expressed differently in lonely flies. These genes are strongly linked to starvation, which might explain overeating behavior.

Moreover, they also found a cluster of limostatin-expressing P2 neurons in the brains of the fruit flies. They found out that P2 neurons are related to feeding and social behavior, in which when it is silenced, the effects of social isolation disappeared.

"Clinically oriented studies suggest that a large number of adults in the United States experienced significant weight gains and loss of sleep throughout the past year of isolation precautions due to COVID-19." Yahoo! News quoted professor Michael W. Young of the Rockefeller University.

"It may well be that our little flies are mimicking the behaviors of humans living under pandemic conditions for shared biological reasons," Young added.

According to Phys.org, from fruit flies to humans, social animals eat more and sleep less when isolated. One reason for that is perhaps social isolation signals a certain degree of uncertainty about the future. People need to prepare for tough times, including always being alert and eating whenever food is available.

Now that researchers identified the neurons and genes that respond to chronic isolation, they hope their study could be used in future research to understand the connections between loneliness, overeating, and insomnia in laboratory animals and humans.

RELATED ARTICLE: Study Shows Link Between Loneliness and Changes in the Brain