Morning Star Greets Earth With Love: When to Spot Venus in 2021

Venus has an intense surface temperature that rises up to 450 degrees Celsius due to its revolution that is much closer to the sun compared to Earth.

The excessive amount of heat in Venus is theorized to result from abundant greenhouse gases and solar heat combinations. The thickness of carbon dioxide and the oddities in Venus make its own atmosphere reflective, making the planet recognizable from space. 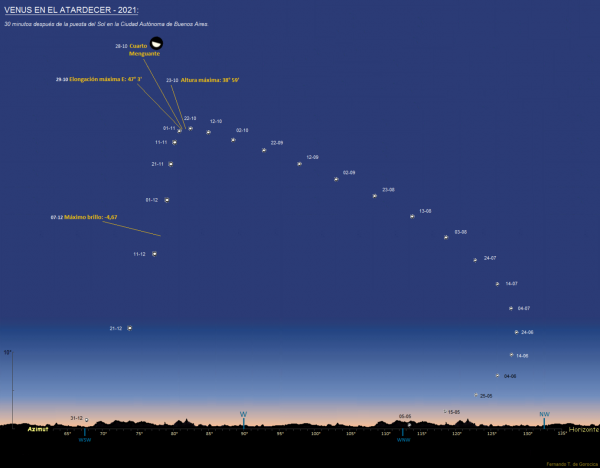 Venus recently appeared on Earth's skies at exactly 12 degrees of the western horizon. This phenomenon was recorded on August 20 at exactly 8:25 MDT.

According to a report by KVNF, the angular distance was determined to be slightly bigger than a human wrist. Along with the appearance of Venus, Mercury was also spotted just 20 degrees southwest of the planet. It was reported that Venus shined brighter compared to Mercury.

In addition, Venus will frequently be visible throughout the remaining months of the year, but Mercury will bid its farewell to Earth's vast skies sometime after a couple of weeks.

Venus appears much higher in perspective than the depth of our skies from June to September. Last May, the planet presented its brightest appearance yet. The anticipated exhibit of Venus this year will occur in October, when it will fully distance itself from the angle of the sun, making a recognizable half body due to the solar radiation.

Venus will also bring its last exhibition to the two remaining months of the year. In November, Venus' form will be an illuminated crescent, and when December comes, the planet will be much closer into the deep of southwestern evening twilight.

Venus, according to the KVNF report, can be observed throughout the months of 2021. As the planet draws nearer to Earth, Venus is expected to appear larger in the coming weeks.

Earth's last glimpse of Venus will be in January. However, before it completely disappears from the sky, Venus will appear one more time on January 9 next year, in between our planet and the sun.

Venus will be spotted again at the end of January and will be recognizable in the form we know as 'morning star.'

Why Is Venus Called 'The Morning Star?'

'Morning star' is the label tagged to Venus because of many reasons. According to a Space report, the first and most obvious reason is that Venus is the brightest planet to shine on our skies.

Venus, like any observable planet, shines in a dazzling luminance. However, planets do not blink as opposed to the star's appearance.

Ancient skywatchers observe Venus' constant pattern throughout the day. The way Venus appears along with stars is seemingly different, as it moves in a different depth from the stellar bodies.

The eastern to western sky pattern was examined by the 19th-century astronomer Nicolas Camille Flammarion and called Venus 'The Shepherd's Star.' The reference of the French astronomy expert towards the planet has been passed down, and Venus soon became the morning and evening star.

RELATED ARTICLE: White Dwarf LP 40-365 Blasts Supernova With Heavy Metals Opposite and Out of the Milky Way