The trunk of elephants, also known as proboscis, is composed of a structure that makes the large mammal control anything at will, from a single blade of grass to large objects that weighs up to 270 kilograms.

To examine how elephant trunks work, experts used advanced motion-capture technology. It was the same method also used in film-making, which allowed them to see the kinematic versatility of the trunk frame by frame. 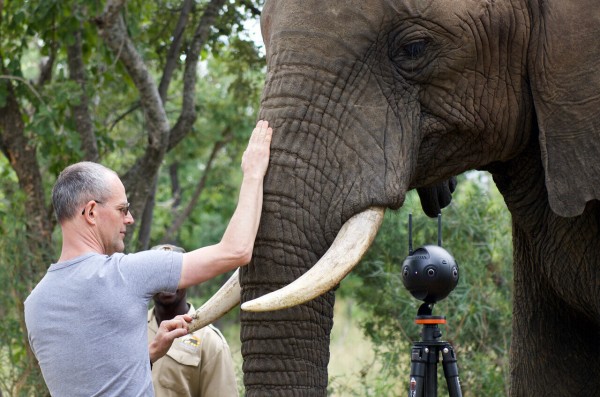 The University of Geneva or UNIGE experts conducted one of the most comprehensive analyses of the elephants' tunks. Through the examination, the Swiss experts captured the finest movements of the trunks as the elephants do their activities.

According to PhysOrg, some of the features they observed are the curvature and pseudo-joint movement formation of the elephant's trunk.

Serial joints are commonly found in species that contain articulated bodies. For example, the human skeletal system is connected piece by piece through a number of joints that allow people to move in every possible combination relative to their anatomical capacity.

Elephant trunks also exhibit their desired flexible movements, including twisting, bending, and even lengthening. However, the trunks of the massive animal do not have any bone present in them compared to species with articulated bodies. The trunks move fascinatingly through the coordination of muscle structure in it.

The flexible movements the elephants do with their trunks are only possible with the self-supporting muscular set without a single skeletal member inside the tube. With that said, the elephants were able to show stunning motions, using their trunks effortlessly and flexibly than an articulate body.

However, the skill of the elephants with their large trunks is a challenging problem to the experts, as a body with pure muscle and no bones is not possible to control perfectly.

UNIGE Department of Genetics and Evolution, and SIB Swiss Institute of Bioinformatics expert Michel Milinkovitch and other experts conducted research that will give a better understanding of how the elephant's trunk moves by just chunks of muscles.

Adult African elephants were examined to find the best explanation of the mammal's trunks. Using a number of advanced 3D infrared cameras, the experts gathered data about the trajectories of the elephant's trunks.

The device placed around the scene of the elephant's trunk was the same device utilized to animate characters in motion pictures, including Gollum from The Lord of the Rings and the Na'vi species from the movie Avatar.

The findings from the investigation show that the biomechanical trunks of elephants exhibit behavioral and kinematic activities, including flexion movement throughout the whole tube as they secure an object. The trunks can also extend or retract their specific parts to grab and hold their preferred objects.

The Swiss experts also determined that the trunk's velocity as it moves is anchored with a mathematical principle also observed in the human hands during drawing. This was observed through computer tomographic scan, CT scan, and magnetic resonance imaging, MRI.

The study was published in the journal Current Biology, titled "Elephants Evolved Strategies Reducing the Biomechanical Complexity of Their Trunk."