In what was intended to be its initial commercial launch, Astra Space's rocket failed to reach orbit Saturday evening.

At around 6:35 p.m. ET, Astra's tiny launch vehicle, dubbed LV0006, fired its five first-stage engines from the Pacific Spaceport Complex - Alaska on Kodiak Island. Space News said the launch was delayed from the window opening at 4 p.m. ET due to various problems, including the need for more time to load fuel and update software settings. 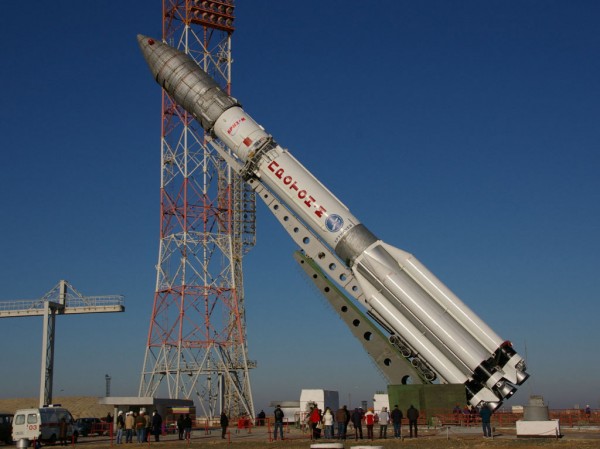 (Photo: STR/AFP via Getty Images)
A Russian Proton-M rocket carrying a Luxembourg Astra-1M telecommunications satellite is placed on the launchpad at Kazakhstan's Baikonur cosmodrome on November 2, 2008. The lift-off is planned for November 6.

Space.com said Astra Space's maiden launch attempt was cut short on Aug. 27 because one of the rocket's engines caught fire before it was turned down.

Astra Space launched the rocket LV0006 on Aug. 28 following a delay due to fuel issues. From 3:35 p.m. ET, the launch took place at the Pacific Spaceport Complex in Kodiak, Alaska.

This was the company's first commercial launch, with the US Space Force contracting the mission to test a payload as part of the agency's Space Test Program.

The rocket stands 43 feet tall and is classified as a small rocket in the launch market. The company's objective is to send as many tiny rockets into Earth's orbit as possible.

Since Astra's previous launch last year, the mission tested several improvements to the rocket. While the previous flight successfully reached space, the rocket ran out of fuel and failed to reach Earth's orbit.

During the company's maiden flight in 2020, one of the rockets' guidance systems failed, falling shortly after liftoff.

The rocket looked to drift laterally rather than straight-up during liftoff. Astra Space's CEO and founder Chris Kemp told CNBC that one engine stopped down a second into the flight. The cause of the engine failure is now being investigated.

Adam London, the founder and CTO of Astra Space, said the technology functioned admirably given the conditions.

Even with one engine shut down, the rocket had enough thrust to slowly propel itself off the pad. The guiding system was able to keep control of the rocket the entire time.

However, according to London, the safety team gave an all-engine shut-down signal barely 2 minutes and 28 seconds into the flight, causing the rocket to wobble.

When the rocket was returned to Earth, it had already reached a height of 50 kilometers (31 miles). Fortunately, there were no casualties or property damage reported.

Even though the launch was unsuccessful and failed to place anything in orbit, Kemp claimed they learned a lot and already knew what they needed to correct.

According to The Verge, Kemp said they have a series 7 rocket presently in manufacturing.

They'll use what they learned from the launch to adjust to the series 7 rocket, which is due to launch soon. He stated that they have a massive quantity of data from the aircraft, which they are now evaluating.

The two executives gave no indication of when the inquiry would be completed, when the new rocket would be manufactured, or the next flying schedule.