Researchers recently developed a new type of catalyst that could break ammonia under lower temperatures. This catalyst will pave the way to a greener future by harvesting hydrogen fuels effortlessly without emissions.

Due to the global climate crisis, experts are looking for a better alternative that can resolve the surge of resource depletion and fuel scarcity. Hydrogen fuels have been the most anticipated solution for the growing problems brought by the seemingly unstoppable climate change. Also, there are several aspects that hydrogen fuels meet to sustain the generated energy capacity.

The Future of Renewable Energy in Green Hydrogen Fuel 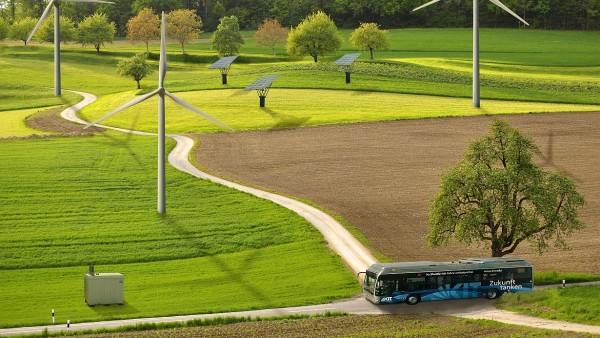 (Photo: Green hydrogen is a hope for the energy transition. Successful use, however, requires a detailed understanding of its production processes. Pascal Armbruster, KIT)

Hydrogen fuels do not emit harmful emissions, including greenhouse gases, when burned for energy compared to traditional fossil fuels. The renewable feature gained the energy source the title green fuel or 'green hydrogen.'

However, there is a huge pitfall in utilizing hydrogen fuels, as they will not be produced without using natural gas and, unfortunately, fossil fuels. With that said, the search for the best clean and sustainable energy source has come to the yellow brick road of carbon footprints that leads to a dead-end.

Ammonia has become the main interest of numerous studies recently. The chemical compound of nitrogen and hydrogen has been found high energy density and could contain high hydrogen capacity due to its carbon-neutral structure. Ammonia can also be decomposed in order to harvest two distinct gasses, including nitrogen and hydrogen.

Ammonia can also be utilized in numerous methodologies that other chemical compounds are not capable of. The chemical is easy to process into its liquid form, transported and stored, and ultimately, transitioned into hydrogen fuel.

Ammonia can produce hydrogen fuel, but the known methods require a significant amount of energy. It was also proven that ammonia exhibits a slow reaction in decay, but the disadvantages of using ammonia as the new fuel source could be solved using catalysts.

In this way, ammonia would not need any additional energy for consumption throughout the entire process and can be the most efficient way of harvesting energy resources, specifically hydrogen fuels.

Nickel is found to be the most effective catalyst to split the chemical compound ammonia and produce its own gases. In the study, it is said that nickel can absorb ammonia into its surface. This process breaks down the structure of ammonia and splits the nitrogen and hydrogen elements into their distinct and separate states. The only medium required to convert the ammonia in the nickel catalyst is extremely high temperature.

Tokyo Institute of Technology's Materials Research Center for Element Strategy expert and author of the study Masaaki Kitano said in a report by PhysOrg that the team aimed to develop a new and effective catalyst that would also be energy efficient.

Their method of adding the imide metal to the catalyst processing has produced an expected outcome and even contributed additional knowledge to the experts about the potentials of the new catalyst system that they could develop.

The development between nickel and ammonia produced CaNH or calcium imide, which was the first structure to convert ammonia without the need for higher temperatures exceeding 100 degrees Celsius that the nickel requires.

The development of this new catalyst is expected to pave the way towards a future of sustainable energy in the hydrogen form. The milestone on finding green hydrogen was published in the journal ACS Catalysis, titled "Ammonia Decomposition Over CaNH-Supported Ni Catalysts via an NH²⁻ -Vacancy-Mediated Mars-van Krevelen Mechanism."