Astronaut Michael López-Alegría recently shared what and how it's like to be, specifically, eat in space, describing the food they eat, including the taste and feel of it.

López-Alegría was a former astronaut at NASA who retired from space travel in 2012. After retirement, he thought his days floating above the Earth were over until he started to work with Axiom Space.

He will soon be returning to the International Space Station, with NASA and SpaceX helping his return. According to a Men's Health report via the MSN News, for a recent Eat Like, López-Alegría revealed what it's exactly like to eat in space.

López-Alegría said, decades back, during the initial trips outside of the atmosphere, astronauts were eating through toothpaste tubes.

Fortunately, he added, "that's a thing of the past." Most of the food they eat now, he continued describing looks and feels, and tastes like food. 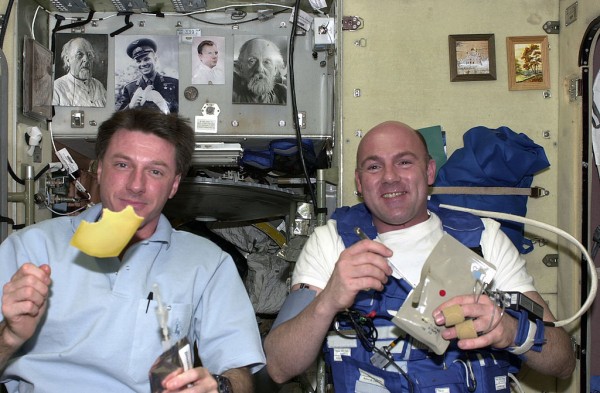 Imagine the dehydrated ice cream small children are getting the first time they tour a science museum. With a small amount of water, the food is rehydrated and ready for consumption.

The second way to eat, or the second form of space food, is the thermostabilized food that comes in metal packets with everything in it, and all one has to do is heat it. As indicated in this report, everything else is "as solid as it is" on this planet.

To get ready for a trip, López-Alegría said astronauts are going to the NASA food lab and taste everything served to them. Then, they pack a lunch box containing 10 days' worth of food.

Even though there is technically a schedule for a schedule when astronauts are should eat certain foods in a day.

Essentially, one would not find a day or night cycle in space; therefore, organization swiftly goes out the window. López-Alegría said, once the box is open, it becomes a kind of free for everyone.

According to NASA, astronauts are eating three meals each day which include breakfast, lunch, and dinner. Nutritionists are guaranteeing the food they consume has a balanced "supply of vitamins and minerals."

Calorie requirements vary for astronauts. For example, a small female astronaut would need roughly 1,900 calories each day, while a large male would need around 3,200 calories.

Astronauts' Meals in a Day

Astronauts are using Greenwich Mean Time for a standard clock. Astronauts are waking up at 6 am, and they have one hour to eat breakfast.

For this morning meal, López-Alegría said, they usually have scrambled eggs, milk, and cereal, which he described as "mushy" along with other standard breakfast foods.

For lunch, the former NASA astronaut said they are served with heavier meals, including "chicken fajitas, beef brisket, and ravioli, " which were among the choices.

López-Alegría said he is picky about the pasta dish he eats because his mother is Italian. However, he also said it was not that bad.

Meanwhile, dinner is part of the astronauts' "pre-sleep" time, where they eat and get ready for bed. This is also the time they send their family and friends emails.

One of his favorite foods, he shared, is paella, and to get its space version, he brought it to the food lab where the scientists had it dehydrated. As a result, he continued, the dish turned out to be a lot better on Earth compared to in space.

Related information about eating in space is shown on VideoFromSpace's YouTube video below: