Plants and animals have created a mutualistic relationship for the former to pollinate successfully. Previous studies suggest that animals can see color differently, which influences their preference in plants.

Those studies usually focus on bees, but flies are the second most common pollinator, so studying how they sense and use color is also essential to influence the pollination of flowers.

The study titled "Fly Pollination Drives Convergence of Flower Coloration," published in the journal New Phytologist, evaluates how they see colors to pollinate and how flowers pollinated by flies have evolved their color signals. 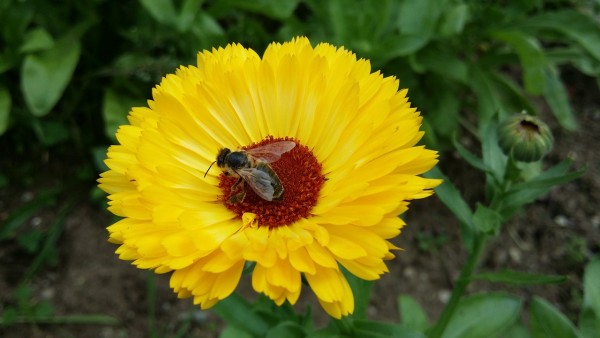 Flowers Evolved To Cater to Preferences of Pollinators

According to an article in the Journal of Comparative Physiology, honeybees have preferences for certain colors. In particular, they are most attracted to flowers with blue hues.

On the other hand, an article in Current Zoology suggests that hoverflies distinguish shades of yellow better than blue. The paper also reported that hoverflies have innate responses to the color yellow.

Flowers and other plants cater to their appearances to pollinators' preferences since they depend on attracting them to reproduce. Phys.org reported that the study was conducted in Australia to understand flower evolution to suit animal pollination.

The team compiled data from different locations in the country, such as the natural habitat of bees and flies where they forage food, to understand how different insects could influence the color signal evolution among flowers.

They used a spectrometer to measure how insects sense the spectrum of different wavelengths of light reflected on flowers. Then, they created a model of spectral signatures of plant flowers based on animal perception, which allowed the team to quantify how signals evolved.

One hypothesis explaining flower color evolution is that it was driven by competition, so they have different colors to increase their chances of being identified and pollinated. However, another hypothesis called facilitation demonstrates the results of the study.

This explanation suggests that plants may share preferred color signals with insects to attract more pollinators. That means they evolved depending on the pollinators around. For instance, fly-pollinated flowers in Victoria are yellowish-green, while orchids pollinated by bees are typically in shades of blue or purple.

However, when both bees and flies are present in an area, fly-pollinated flowers filter out bees to reduce their presence. In the Himalayas, flowers only require those flies with long tongues to access the nectar.

The team concluded that fly color vision can help pollinate crops as alternative pollinators. This also shows that planting different types and colors of flowers will attract more pollinators like hoverflies.

Check out for more news and information on Insects in Science Times.