Jennifer and Matthew Milner have not heard about the genetic phenomenon of biracial twins until they had Jakob and Joshua in March 2020. The boys are twins, but Jakob has blond hair, blue eyes, and pale skin, while his brother Joshua has brown hair, brown eyes, and brown skin complexion.

Jennifer told TODAY that around 20 doctors and nurses visited the delivery room when the biracial twins were born. It was not a medical emergency, but the extraordinary wonders of genetics have awed even medical professionals. 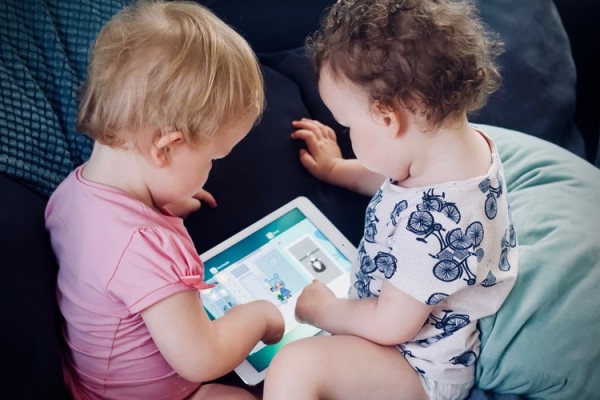 (Photo: Unsplash)
Biracial Twins: What Does Science Say About This Genetic Phenomenon?

The biracial twins from Maryland who drew a crowd in the hospital when they were born still attract strangers wherever they go. Their 39-year-old mother said that sometimes people would stare at her when she gives affection to Jakob, trying to figure out their relationship.

However, people are more often enthusiastic when they learn that the boys are twin brothers. Jennifer said that her twins are a reminder that everyone is human with the same basic needs, emphasizing the beauty of this nature's wonder and expressing how lucky they are to be parents of biracial twins.

"Joshua looked like me and Jakob was really, really pale. We were completely stunned," Jennifer told TODAY. "We both got a baby that looks like us! How cool is that?" she added.

However, the boys are not the first biracial twins that made strangers take a second look. Biracial twin sisters Lucy and Maria Alymer also once became the talk of the town.

According to IFL Science, Lucy has fair skin, bright blue eyes, and red hair. On the other hand, Maria has darker skin, deep brown eyes, and curly black hair.

People would rarely believe them when they reveal that they are twins. Their father, Vince, is white, while their mother, Donna, is half-Jamaican.

Population geneticist Dr. Jim Wilson from the University of Edinburgh told BBC News that an interracial couple expecting has 1 in 500 chances of having babies with different skin colors. This genetic phenomenon may not be common last century, but the number of interracial couples has increased, which means the possibility of having biracial twins is also increasing.

Dr. Wilson added that at least 20 gene variants determine skin color; some are known while others are not. These gene variants influence the color of the skin, producing either a darker skin tone or a lighter skin tone.

They control the amount of melanin or the skin pigment that a person has. However, there is also a chance process that a child could inherit particular genes from their parents or ancestors that influence their skin color.

Dr. Wilson told the news outlet that this genetic phenomenon is like a deck of cards. Parents will be handed with several cards wherein some of them could be black, and some could be red.

He added that twins with different skin complexions would only apply to non-identical twins because they are conceived from two different eggs and fertilized by two separate sperm cells.

Check out more news and information on Twins and Genetics in Science Times.