Marsupials have been abundant in the biodiversity of the planet. The species have gone through numerous threats of extinction and have many friends and enemies along the way. Among their ancient rivals is the prehistoric virus that has the capability to alter their non-coding or junk DNA. Experts identified some evidence that these viruses were repelled by some protection into the marsupials' DNA.

The genomic protection was found potentially effective against the specified virus. However, there is limited information regarding its efficacy in other species, including other placental mammals and humans. In the new study, experts were able to determine that the same genetic features of marsupials could have been present in the ancient lineage of the human species. 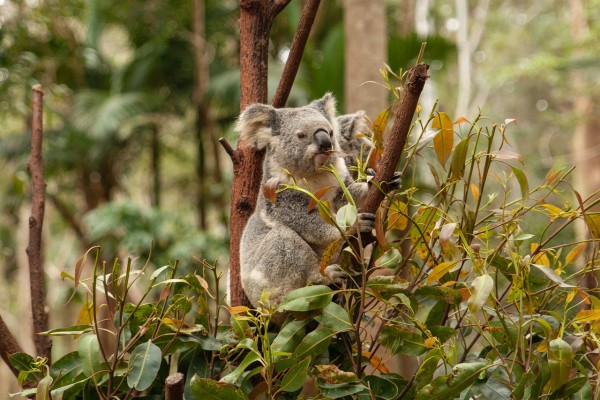 The endogenous viral elements or EVEs in the DNA stretches are known to be present in eutherians. Along with the mammalian kingdom, EVEs are also found in the human junk DNA. The viral elements are also utilized by other organisms such as invertebrates and plants as protective shields against viruses, similar to EVEs. But University of New South Wales School of Biotechnology and Biomolecular Sciences expert Emma Harding said in an IFLScience interview that the function of EVEs in the eutherians are could be a different matter.

Marsupials are known to have lesser development in their immune systems from prehistory than their eutherian cousins. However, Hardings said that this gap could be beneficial to assist the anti-viral roles of the marsupials' immune system in identifying the inflictions of a new virus. The new study confirmed that this theory is possible. In addition, the theory was backed up with three distinct viruses that are frequently correlated with the biology of marsupials.

The investigation throughout the study was made possible with the help of a virus database containing 130 unique types. The list could contain counterparts in the junk DNA of marsupials. In the matching process, the experts have found high rates of similarities in the Filoviridae. The taxonomic pieces are believed to contain weaker versions of other viruses such as Bornaviridae and Parvoviridae and the dangerous Ebola.

According to Harding, the taxonomical filament was naturally intended for an important purpose. DNA structures are expected to change when evolution takes place through millions of years. But the discovery of intact fossils in the study suggests a contradiction to the popular belief. The specific viral sequence used to harm the species was imprinted to the animal's DNA. Surprisingly, this same virus was used to strengthen the immunity of the original owners of the fossil to oppose the effect of other viruses.

The marsupial's viral fossils revealed in the study have the most astonishing applications of EVEs, as it produces and binds harmful RNAs to the original versions of the virus and its relatives. This process allows the copy of the virus to eliminate the original variant and prevent further disease and infections. Harding mentioned that this genetic creature is similar to how vaccines work, but it is inherited instead of being formulated and added to the immunity of an organism. The study was published in Virus Evolution, titled "Ancient Viral Integrations in Marsupials: A Potential Antiviral Defence."