Milky Way Galaxy Origin Solved? Brown Dwarf 'The Accident' Missing Link Between Planets and Stars May Have the Answer

Planets and stars are cosmic bodies that coexist with each other. But even though they move in the deep space side by side, the two types of bodies are commonly known as two distinct objects. The collective features planets and stars possess are significantly different, but the true factors that make them two dissimilar objects are blurry even for experts.

Recently, astronomy experts have charted one of the stunning discoveries of the year. The cosmic bodies were identified as 'brown dwarfs.' This mysterious cluster is a collective body that consists of 2,000 individual bodies which have sizes comparable and even larger to the planet Jupiter but are not large to express a fusion reaction capability. According to ExtremeTech, this discovery is expected by the experts to be the possible key to unlocking the detailed origin of the galaxy. The greatest part of this astronomical finding is that the brown dwarfs are placed just a few lightyears away from our galaxy. 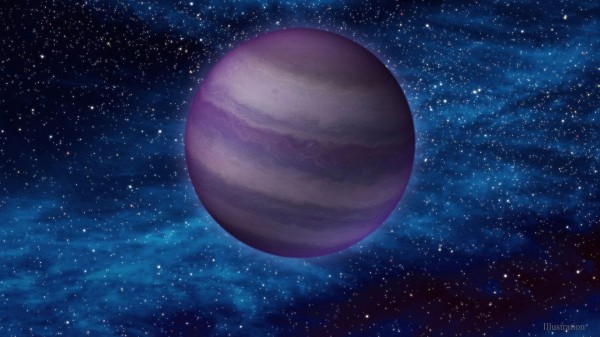 The giant WISEA J153429.75-104303.3 is among the first brown dwarfs that were discovered. The massive object was charted just three years ago, along with the comprehensive details observed from it. The discovery of the specified brown dwarfs was delayed compared to the initial brown dwarfs identified because of their unusual properties. This caused the experts to dub the object as 'The Accident.'

The Accident was found to have properties that can not sustain fusion which the common brown dwarfs have. In addition, the temperature of WISEA J153429.75-104303.3 is exceedingly low in contrast to our galaxy's sun and other observable brown dwarfs.

Hawaii's Keck Observatory was the first to examine The Accident brown dwarf through the help of infrared wavelengths. During the investigation, the experts were challenged on getting any information from the body and found almost nothing due to The Accident's extremely low temperatures. The first measurement of its distance from our planet is estimated to be 50 light-years.

According to JPL, NASA utilized two of their most powerful space telescopes, including the Hubble and Spitzer, to help the experts prove the true location of the brown dwarf. Based on the telescope's measured distance, the first estimated distance was confirmed. Along with discovering the brown dwarf in our galaxy's backyard, The Accident is identified to maintain a movement speed of 800,000 kilometers per hour.

The criteria of ancient bodies matched the observed features from WISEA J153429.75-104303.3 because of the early composition of bodies presented right after the Milky Way was formed. Materials such as hydrogen and helium were abundantly present in the theorized starting point of our galaxy back 13.6 billion years ago. As the galaxy gets older, the said compositions have transitioned into heavier phases such as carbon and methane. These new elements can also be found in the present-day brown dwarfs, but The Accident contains little chemicals.

The lack of carbon was the strongest evidence that WISEA J153429.75-104303.3 did not form sometime near our historical age but materialized right after our galaxy was born. The findings make The Accident a time capsule waiting to be unsealed. The study was published in The Astrophysical Journal Letters, titled "The Enigmatic Brown Dwarf WISEA J153429.75-104303.3 (a.k.a. "The Accident").