Solar energy is among the top solutions to the energy problems the planet is facing today. The most efficient power supply could contribute 40 percent of the total electric generation in the United Nations for the next 15 years.

The estimated supply count is 10 times larger than the traditional energy generation we use in today's standard. However, this initiative to suppress energy waste and produce renewable energy for the country's consumption requires a comprehensive change. The US policy must be adjusted together with sacrificing the accumulated billions of dollars from the federal investment. 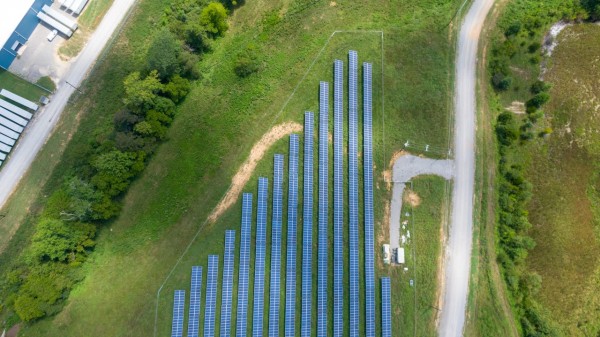 The federal report was published by the US Department of Energy's Office of Energy Efficiency and Renewable Energy. In the study, it was suggested that the country must increase its solar capacity by four times every year. The guide stated that it should increase annually until the renewable-dominant grid is perfectly completed. With this gradual step, the country would be able to handle and possibly decrease the impending threats presented by our planet's changing climate.

The authors of the study emphasized that the US energy agency's report is not crafted to be a policy or a mere administration show-off. Energy Department's solar energy technologies director Becca Jones-Albertus said in a PBS report that the main interest of the report is to serve as a guide for the following decades in order to have solutions to the solar power conundrums we face today. In addition, the energy department's report is designed to inspire not only the experts but also the citizens with the solar innovations at hand.

Energy Secretary Jennifer Granholm said that the report highlights the true and undeniable fact about solar energy. The report shows how the most reliable energy source is just waiting to be utilized. Among the current energy generators, Granholm said that solar is the cheapest and fastest clean energy producer of energy that matches the electricity demand in the United States. If the solar study is implemented, the power requirement of all the homes in the country will be met by 2035, with over 1.5 million individuals that will benefit along with the remarkable energy transition.

The solar energy report was released after US president Joe Biden mentioned climate change as a global crisis divided to every individual. The president's emphasis on the climate crisis was included in one of his statements during a visit to a region that was heavily impacted by Hurricane Ida. In addition, the president also warned the American people to treat the 'code red' report of IPCC seriously, as it has all the potential to give us catastrophic effects that will lead to an increased death rate and property damage.

Biden said that we can not return to an earlier point before today's situation, but we can do better at preventing the impending chaos, as we do not have any time to wait for the worse to happen. The full solar energy report was published in the Solar Energy Technologies Office, titled "Solar Futures Study."

RELATED ARTICLE: Energy Efficiency in US Buildings Could Decrease Thousands of Annual Premature Deaths Due to Particulate Matter