Kings of Leon Band Joins SpaceX’s Private Inspiration4 Spaceflight; How Is It Possible?

Kings of Leon are ready to embark on a "historical" milestone by being the first band to send an NFT into orbit with the help of Inspiration4. The space-bound NFT is now for sale. St. Jude Children's Research Hospital will get 100% of the earnings.

Inspiration4 team members announced in a statement that "Time in Disguise" will receive a workout during the trip, becoming the first official NFT music ever to be performed in orbit.

Kings of Leon said in the same statement that they are honored to be a part of the historic voyage to raise funds for St. Jude. The band also extended its best wishes to the Inspiration4 team.

Inspiration4 is a three-day free-flying voyage to Earth orbit onboard a SpaceX Crew Dragon spaceship. Jared Isaacman, the millionaire founder and CEO of Shift4 Payments, arranged and scheduled the event. Hayley Arceneaux, Sian Proctor, and Chris Sembroski are the other members of the mission's crew.

Kings of Leon Mark's NFT: Here's How a Non-Fungible Digital Token Gets to a Physical Address Like Space

The new Kings of Leon NFT is a live performance of "Time In Disguise," off their latest album, "When Do You See Yourself." Stereo Gum said the song's file would be placed onto an iPhone, delivered to civilian astronaut Hayley Arceneaux. Arceneaux will be sent into orbit next week on SpaceX's Inspiration4. 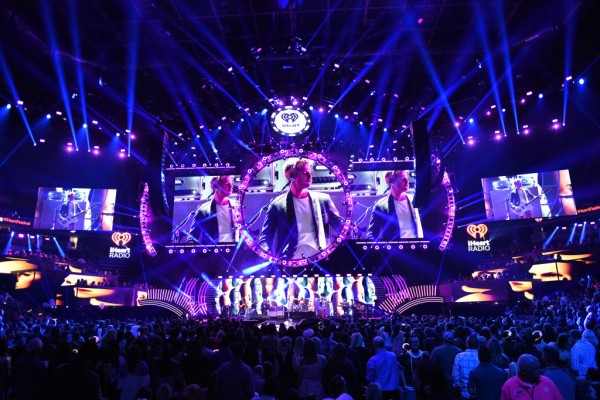 The iPhone will also have the artwork and a video of the band playing the song during a recent performance in Nashville. Arceneaux, a medical assistant at St. Jude and was treated for cancer there as a child, will also perform the song for the astronauts in space. According to the same Stereo Gum report, the auction winner will acquire the NFT and send the iPhone into space.

According to People, it is Kings of Leon Mark's first time to send an NFT to space. Inspiration4 wants to raise $200 million for St. Jude's Children's Research Hospital. This strategy includes NFTs.

Yellowheart's "Time in Disguise" auction is already underway and will continue until September 20.

The art NFTs and many other objects on Inspiration4's expedition will be auctioned off on the Origin Protocol platform, which also minted them. Bids will start on September 14 and end on September 17 when Crew Dragon splashes down in the Atlantic Ocean.

Other artifacts carried to and from orbit by Isaacman and his crew will be auctioned off on different occasions between now and November. St. Jude Children's Research Hospital shared more information about these sales. The goal is to raise money for the hospital and its operations.

Space.com said NFTs are data bits that represent unique assets and are kept on a digital ledger called a blockchain. NFTs are a booming business in the art world, with several lately selling for millions of dollars.

Several NFTs have previously been launched into orbit. Nanoracks LLC and Artemis Music Entertainment, for example, beamed a song called "Why Not Me," by artist Micah Johnson, as well as a recording of Claude Debussy's piano masterpiece "Clair de Lune," to and from the International Space Station in late July.