In the summer of this year, USGS Hawaiian Volcano Observation scientists performed a detailed gas survey of the Kīlauea caldera floor and rim for better insight into the present gas emissions.

According to a Big Island Now report specified that the survey results will be compared to previous ones, and if differences are identified, they may specify that the caldera's plumbing system has changed due to the 2018 collapses.

Large quantities of volcanic gasses like carbon dioxide, hydrogen sulfide, and sulfur dioxide are emitted into the atmosphere during volcanic eruptions.

Nevertheless, between eruptions, smaller quantities of the same gases continue escaping, not to mention, can offer essential hints about the present state of the volcano, as well as the underlying magma. But, as indicated in this report, there is a need to identify where the gas comes from to gauge them.

ALSO READ: Drones Save Lives By Diving Into Volcanoes - For Science 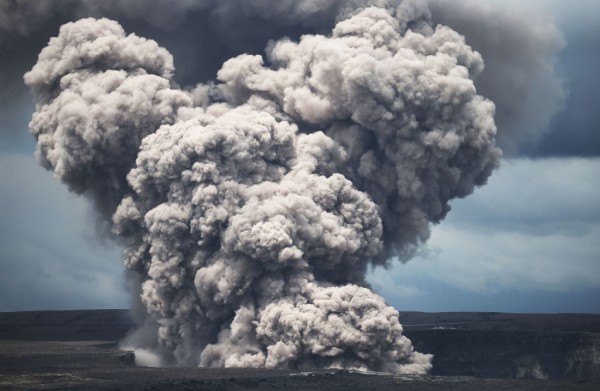 Gas emission surveys from the caldera have been carried out previously but never of the whole caldera at the same time. More so, none had been conducted following the eruption and collapse occurrences in 2018, as the National Park Service reported, at least not until this year.

The volcanic gas measurements can be done by using an instrument called MultiGAS, which pumps in the air, then records the CO2, SO2, and H2S concentrations, including water vapor in ppm or parts per million.

Such MultiGAS instruments can permanently be stationed at a site of interest, strapped to backpack frame, or mounted on Unoccupied Aircraft Systems or UAS, depending on the area and data type needed.

Essentially, for the gas mapping in the Kīlauea caldera during this year's summer, two MultiGAS instruments were mounted on backpack frames, and HVO researchers walked transects in and around the caldera while continuously gathering data.

A USGS report indicated that the said lines were spaced between 75 and 150 feet apart and covered sites of the caldera rim, the caldera form, and the down-dropped block that collapsed during the eruption in 2018.

In addition, even though the survey covered the entire caldera floor, some hints hinted where the best spot to concentrate would be.

Frequently, gas emissions are concentrated along holes or cracks in the ground, which offer the gas a simple path to the surface.

Essentially, visible plumes can be seen in different parts of the caldera floor at the Haʻakulamanu and steam Vents areas in Hawai'i Volcanoes National Park. Visible plumes of gas like this are frequently good signs of where gas concentrations may be high.

As gases rise to the surface from magma underneath, they interact with and change the rocks in the site, leading to color changes. Looking for this changed rock is one more way to determine sites that may have increased gas emissions.

Scientists collected gas samples as well from places that had elevated concentrations of CO2 for later laboratory assessments.

A big plastic syringe was used to collect the sample transferred to a huge foil bag developed for holding gas. Most samples were collected on the down-dropped block, as the site exhibited the highest CO2 concentrations.

Related information about Kīlauea volcano is shown on The Daily Unseen's YouTube video below: