Sunlight Exposure for 100 Hours or Less Melts Plastics, Breaks Them Down Into Smaller Soup of New Chemicals

Microplastics are considered a major environmental hazard that is produced from the disintegration of plastics. Sadly, many of them end up in oceans and pollute or contaminate the waters and marine life. Now, a new study shows that long sunlight exposure could break down plastics and transform them into a soup of new chemicals and eliminate the hazards of microplastics.

Science Alert reported that the process involved is not exactly slow as those plastics in their study were leached with some significant mix of soluble organic compounds after being exposed to sunlight for less than 100 hours. 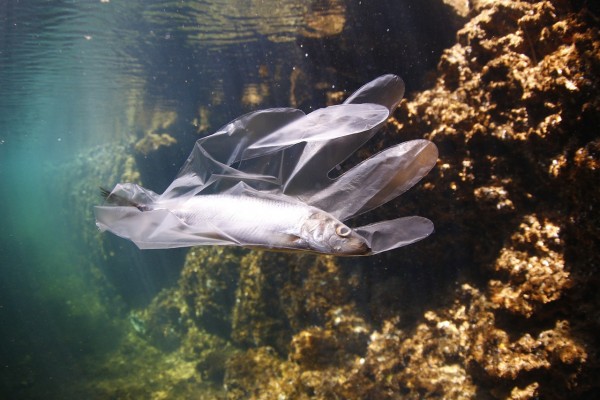 (Photo: Pixabay)
A fish caught in a plastic glove.

The convenience of using plastics can cause environmental distress as they most likely would end in a landfill or bodies of water rather than a recycling plant. A 2020 report from World Wildlife Fund (WWF) suggests that 10% of marine litter every year is from the abandoned fishing nets or equipment from commercial fishing.

Unfortunately, these plastics end up harming the ecosystem and marine animals. Worse, they are broken down into microscopic chunks that can be more deadly to the animals. Microplastics sometimes end up in the guts of wildlife, such as birds and whales, poisoning them.

But previous studies have also suggested a more sinister transformation of plastics, especially when under sunlight exposure. As reported by Science Alert, previous studies claim that sunlight can chemically transform plastics and their additives to generate new polymers and turn them into smaller chemical molecules that dissolve easily and become airborne.

But a study led by researchers from Woods Hole Oceanographic Institution confirms that plastics could produce chemical products as they sit baking under the sun's heat.

In the study, titled "Plastic Formulation Is an Emerging Control of Its Photochemical Fate in the Ocean," published in Environmental Science & Technology, researchers examined the breakdown of four different single-use plastics under sunlight. These plastics were taken from three major retailers that use many plastic bags, namely Target, CVS, and Walmart, and compared them to pure polyethylene film.

According to Science Daily, these plastic bags and most plastics are usually made of a complex formulation of chemical additives, and one-third of the mass of each plastic bag is inorganic additives.

The National High Magnetic Field Laboratory analyzed the organic compounds by sunlight using a mass spectrometer that helped them determine the composition of the formulas produced by the sunlight.

Co-author Christopher Reddy said that the study provides new approaches for making less persistent plastics by modifying ingredients in their recipes. Ultimately, figuring out how plastics can be reformulated will either accelerate their degradation or minimize the production of less harmful compounds.

Check out more news and information on Plastics on Science Times.