You'll need faster than light travel if you want a galaxy-spanning science fiction epic. The alternative will take decades or centuries for NASA and other space agencies to reach another star system at first. Isn't it tiring? So you start with a crazy scientific theory, throw in a little technobabble, and voila! In science fiction, anything from wormholes to hyperspace has been employed. Warp drive, commonly known as Alcubierre Drive, is arguably the most well-known FTL cliché NASA wants to experiment with.

NASA Finds a 'Workaround' for the Alcubierre Warp Drive

Traveling at the speed of light has several intriguing (and perhaps deadly) consequences. Numerous things may go wrong, but a brief NASA movie explains a few of the most critical ones.

Let's go on to the workaround. According to physicist Erik Lentz, wasting massive quantities of energy may be remedied by creating a new form of spacetime bubble.

This NASA Animation Shows What It's Really Like to Travel Close to The Speed of Light pic.twitter.com/3eFRnW42Rt

Lentz said the solitons should be used to construct the bubble NASA attempts to generate. Solitons behave similarly to ripples on a calm lake in that they keep their "whipping" motion while moving at a steady speed.

According to Lentz, this sort of spacetime bubble would just require standard energy generation processes.

But is NASA's warp drive real?

The physics underlying the theoretical performance of Alcubierre Drive is mind-boggling. 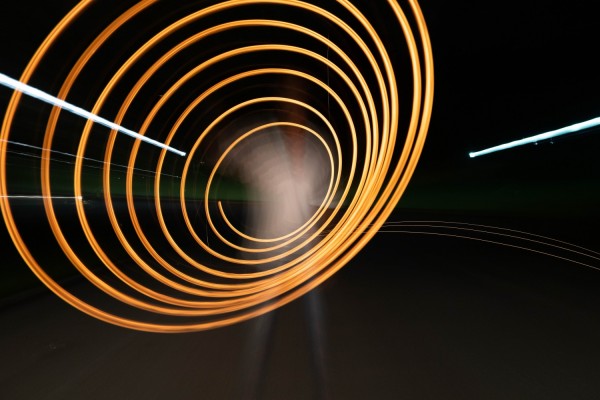 According to The Conversation, the origins of the Alcubierre Drive begin with Albert Einstein and his Theory of General Relativity. Einstein's equations explained that spacetime bends in reaction to the presence of energy and matter. This clarifies how the two objects travel across space.

General Relativity imposes two constraints on distant space travel. The first states that a spacecraft cannot reach the furthest reaches of the universe (let alone the Milky Way galaxy) in an acceptable amount of time unless it can travel faster than the speed of light, which is around 300,000 kilometers per second. Nothing is faster than the speed of light, which Einstein dubbed "the cosmic speed limit."

The second reason is that when a spaceship approaches the speed of light, its clock will slow down compared to Earth's clocks. This effect is known as time dilation, and it may be easily stated as follows: a spaceship traveling at the speed of light will perceive time much slower than a human on Earth.

The human crew aboard would have aged more slowly, and hundreds (if not thousands) of years would have passed since they returned home, thereby rendering them time travelers into the future.

The Alcubierre Drive may be explained simply by stating that it employs the two principles of General Relativity discussed in the preceding paragraph.

Popular Mechanics said the NASA warp drive would waste a huge amount of energy to "warp" (compress and twist) space-time behind the ship, resulting in a "bubble" in space-time. This bubble, generated around the ship and curled behind it, will potentially shorten the ship's journey distance. As a result, it may be feasible to travel at light speed (or even faster than light).

The main issue is that the amount of energy required by NASA's warp drive would be difficult to produce using current technology. Simply said, creating the spaceship-propelling bubble would need more energy than the entire universe had.