Gold-Mantled Ground Squirrels Personalities Similar to Humans Like Being Shy, Social, or Bold That Is Beneficial for Ecosystem

Personality traits are among the indicators of a person. This human attribute includes several coping mechanisms and temperaments that are also present in many animals more than we expect. Throughout numerous studies, specific species are observed to have personality traits. Some of the groups known to express personalities are mammals, fish, avians, spiders, and reptiles. Most of the experts who focus on animal personality studies even theorize that the trait actually exists more than we thought across the vast biodiversity of the animal kingdom. 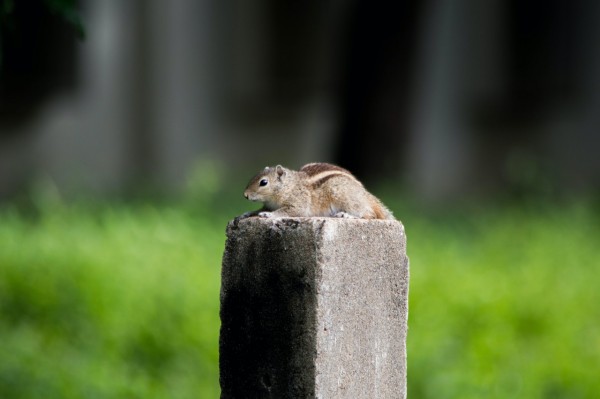 Squirrels are among the newly analyzed animals that possess personality traits. The study about the personality of these tiny animals was conducted in the Rocky Mountains over the course of three years. The subject of interest was the Callospermophilus lateralis which is commonly known as the gold-mantled ground squirrel. This type of squirrel expressed four main personality traits: sociability, activity level, boldness, and aggressiveness.

The traits were also observed in other ground squirrels such as the Tamias sibiricus, Marmota flaviventer, and Urocitellus beldingi, which are best known in their local names Siberian chipmunks, yellow-bellied marmots, and Belding's ground squirrel, respectively. The assorted squirrels take advantage of their personality traits to manage the collective biodiversity in their natural habitat, micromanaging their ecological niche and resources.

The squirrels' personality traits are also observed to significantly impact other animal groups and the community to which they belong. Unfortunately, the studies regarding other animal's personality traits and their direct influence are not well-defined. For example, the North American red squirrel possesses a more active trait than other squirrels. They are even capable of migrating from one territory to another in just a short amount of time. But despite their active lifestyle, the initial data gathered from the North American red squirrel states that they are asocial.

University of California wildlife ecology expert and lead author of the study Jaclynj Aliperti said in the institute's interview that the new study contributes to the small but increasing definitive studies regarding the importance of individuals. Aliperti added that the information over the animal's capacity to express personalities in the wildlife and manage it as a response is essential to predict how the species will cope with new conditions. It is among the aspects we need to check most, especially when negative impacts occur to their territories due to human-induced activities.

Personality traits in animals are more challenging to analyze compared to humans. Aliperti said that identifying personality traits need a lot of data, time, and examinations to fully determine what an individual constantly expresses over a period of time.

According to Daily Mail, the gold-mantled ground squirrels were examined with the help of a test that has been developed throughout numerous studies of animal personalities. The test included four phases that will determine the traits of animals. These phases are movement, sociability, shyness, and calmness tests. The study was published in the journal Animal Behaviour, titled "Bridging Animal Personality With Space Use And Resource Use In A Free-ranging Population Of An Asocial Ground Squirrel."