The human brain has a large portion where a folded and complex space is dedicated to the intellect. This region, called the neocortex, takes space comparable to other members of the brain anatomy. Among the great features of the neocortex is that it processes our brain's ability to think more elaborate ideas and express a better comprehension, which sets us apart from other animal species. 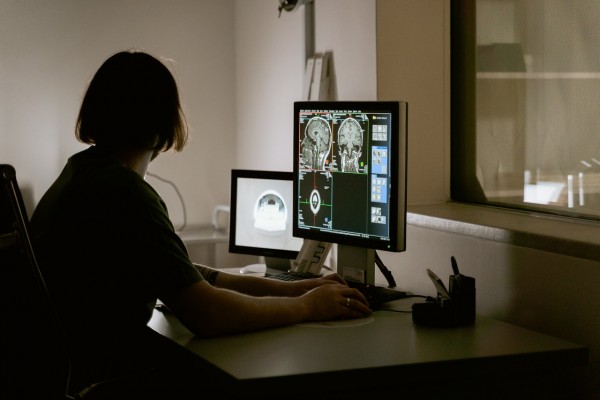 Ruhr-Universität Bochum's Department of Human Genetics and medicine expert Tran Tuoc lead the recent study to identify the roots of the human brain's ability, which we call the intellect, throughout our evolution. The main interest of the research is to know how intellect developed and functioned from early humans up to the modern-day, and the factor that pushed our intellect improvement to its limits known as the H3 acetylation.

H3 acetylation basal neural precursor cells allow experts to know the history of how we think and give us a glimpse of broad potentials in treating unsolvable neurodegenerative conditions.

The neocortex is part of the human brain made up of neuronal layers that work along the functional regions. These neuronal layers have a structure that is composed of six various layers. The main responsibility of the neocortex layers is to manage our intellectual capacities and make our sensorimotor stimuli work. Like other parts of the brain, the neocortex contributes to the complexities of the neural regions for the overall brain function.

Brain evolution includes several developments achieved over the course of human history. Each of these significant changes is essential to understand the final form of the brain that exists today, including how the size and folding structure of the neocortex increased its size over time.

The overall brain development has been a topic of numerous studies, but very little is known about the evolution in the specific regions and the neural factors at play. Tuoc said in a Medical Xpress that these unknown fields of development include the basal progenitor's epigenetic mechanisms and their impact on other genomic functions. In the study, Tuoc and collaborators from different institutes have successfully identified the exact key factor that drives the size and folding development of the neocortex through time called H3 acetylation.

The study examined epigenetic marks and their variations based on the gathered data from TBR2-positive mice and human cortices. To do this, they fused intranuclear immunofluorescence with the TBR2 antibodies and along with the single-cells in the human and mouse cortex. This phase is essential to confirm whether the epigenetic landscapes are responsible for the cortical expansion. Finally, to differentiate the epigenetic landscape between mouse and human brain, they measured the changes via a new approach produced by mass spectrometry.

According to Florida News Times, the results showed that histone H3 lysine nine acetylation or H3K9ac have low rates in the basal progenitor of mice compared to humans. When the acetylation was increased in mouse subjects, more TRNP1 genes were expressed, causing the cortex of the mouse to expand and allowing growth and folding significantly than its standard measures. The study was published in the journal Science Advances, titled "H3 acetylation selectively promotes basal progenitor proliferation and neocortex expansion."