Whales Have Five Fingers Hidden in Their Flippers As Seen in Necropsy; What Is It For?

Ancient whales once walked on the land about 50 million years ago, but they decided to exchange their limbs for flippers to be able to swim in the vast oceans. According to Daily Mail, new photos reveal that even modern-day whales still bear characteristics from their ancestors.

Underneath their flippers are a pentadactyl limb like those found in humans, amphibians, and a range of animals. Their five finger-like bony protrusions demonstrate what ancient whales might look like in the past. Some scientists call the pentadactyl limb the ghost hand. 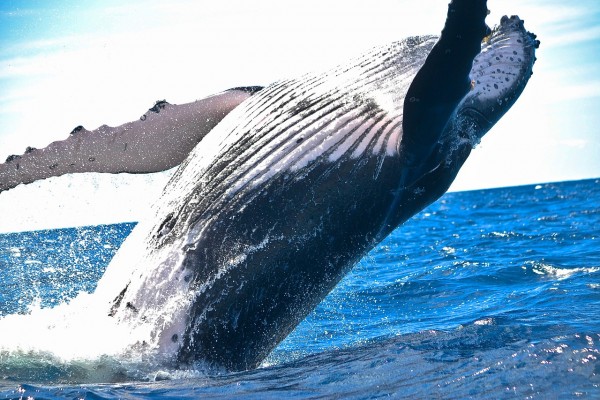 Dr. Mark D Scherz, the Curator of Herpetology and Assistant Professor of Vertebrate Zoology at the Natural History Museum of Denmark, recently posted on Twitter photos of the pentadactyl limb of a beaked whale washed ashore. The necropsy on the whale showed that they have hung on to a few of their land-based traits.

"Flippers have evolved repeatedly in various lineages of mammals and reptiles, each time in a different way; the fundamental structure is the pentadactyl limb, but the specific structure [of the limbs] differ very strongly," Scherz told IFL Science.

The pentadactyl limb is present in many animals and demonstrates a common ancestor who evolved to have the limb before further evolving into different species. Therefore, the five fingers of whales are a beautiful demonstration of the quirks of evolution.

Scherz noted that it might have taken a lot of repurposing of an existing structure to make a whole new one from scratch. When four-legged animals, called tetrapods, emerged from primordial seas, it can be inferred that most of the successful species today have five fingers and toes.

The necropsy of the Sowerby's beaked whale (Mesoplodon bidens) is a combination of tough and delicate work. They have to be careful in handling delicate organs to retain their academic value, and cutting away at blubber is not easy.

The Sowerby's beaked whale is a rare whale in the region and very hard to distinguish from rarer species found in Danish waters, such as the Gervais' beaked whale (Mesoplodon europaeus).

About 375 million years ago, the first tetrapods pushed themselves out of swamps and started to live on land. According to Smithsonian Magazine, these animals were the archaic precursors of mammals that later on transitioned into diverse land-dwelling vertebrates.

Then about 200 million years ago, mammals started to evolve. However, they were not the dominant vertebrates at that time because dinosaurs also roamed the Earth. Mammals continued to evolve and diversified in the shadows of dinosaurs while remaining fairly small and secretive until dinosaurs were wiped out about 65 million years ago.

Ten million years after the extinction, the first whales evolved and exchanged their limbs for flippers. Paleontologists have only recently been able to recognize ancestors of whales because they looked nothing like modern whales.

They found large round bones but could not figure out what they were initially. They found that the fossil, which they call Basilosaurus, has teeth that are comparable to the size and shape of mammals. But further studies reveal that they have an inner ear that resembles whales.

Charles Darwin's theory of evolution by means of natural selection resolved the mystery behind the Basilosaurus Darwin speculated that the creature might have evolved into a whale over time. Therefore, Basilosaurus represented the terrestrial ancestors of whales.

RELATED ARTICLE: How Modern Whales Swim is Linked to the Skeleton of Extinct Dolphin