A new genetic analysis of ancient DNA from bones of people who lived in pre- and post-farming periods showed that modern Japanese people descended from three ancient cultures rather than just two.

Daily Mail reported that previous studies only connected Japanese ancestry to indigenous Jomon hunter-gatherer-fishers who occupied the Japanese archipelago 16,000 to 3,000 years ago, and the Yayoi farmers who arrived later in Japan from 900 BC to 300 AD. But now, the new study led by researchers from Trinity College Dublin revealed the third ancestry for modern Japanese people. 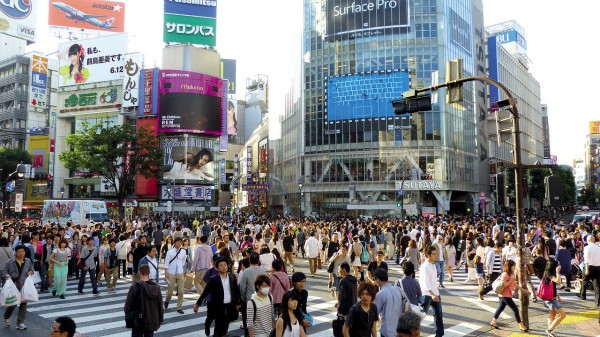 The Japanese archipelago has been occupied by humans for at least 38,000 years, but it was only in the last 3,000 years that they underwent rapid cultural transformations. From wet-rice farming populations, they have transitioned into a technologically advanced imperial state.

Although scientists only initially identified the Jomon and Yayoi populations, the recent study, titled "Ancient Genomics Reveals Tripartite Origins of Japanese Populations," published in Science Advances, revealed a second political centralization that emerged in Japan after analyzing 12 ancient DNA from the bones of people that lived before and after the farming period.

Researchers noted that the findings supported several archaeological evidence of new, large settlements in the Japanese archipelago during the imperial Kofun period from 300-710 AD.

According to Ancient Origins, the oldest of the skeletons the team analyzed was of a Jomon female found in Ehime Prefecture who likely lived from 9,000 years ago. But ancient DNA analysis of 1,500-year-old skeletons found in Ishikawa Prefecture in Kofun period site showed a third primary genetic source for modern Japanese people.

Psychiatry assistant professor Shigeki Nakagome from the School of Medicine of Trinity College Dublin said researchers had learned a lot about the Jomon, Yayoi, and Kofun periods after conducting the genetic analysis, Science Daily reports.

Nakagome added that they now know that Japanese people's ancestors derived from foraging, agriculture, and state-formation phases significantly influenced modern Japan. In other words, the team has discovered a tripartite model of Japanese genomic origins instead of dual-ancestry.

Researchers said that several archaeological evidence support the new large settlements in Japan, mostly from the southern Korean peninsula during the transition from Yayoi to Kofun periods. The analyses have provided strong support for genetic exchange in modern Japanese people's social, cultural, political, and public traits.

As Ancient Origins reported, the study revealed that Japanese ancestry is comprised of Kofun DNA versus the 13% Jomon and 16% Yayoi DNA. But interestingly, Kofun DNA closely resembled the genome of Han people, who make up most of the Chinese population. More so, Chinese characters were first used during the Kofun period, such as those seen inscribed on swords and other metals.

Each Japanese ancestry differs from each other and lived a unique lifestyle in Japan; from being hunters and gatherers, they transitioned to rice farming, especially when sea levels started to rise that may have flooded a land bridge that connected Japan from mainland Asia. Nonetheless, each of the three Japanese ancestors has influenced modern Japanese people today.