A guy claims that China made the COVID-19 on purpose two months before the world community discovered the virus.

According to Wei Jingsheng, an ex-Chinese Communist Party insider, the nation utilized a big military competition in October 2019 as the world's first super-spreader event.

When Jingsheng made the accusations, he appeared as part of a new documentary called "What Really Happened in Wuhan." Fox News said the documentary could be streamed on Fox Nation. 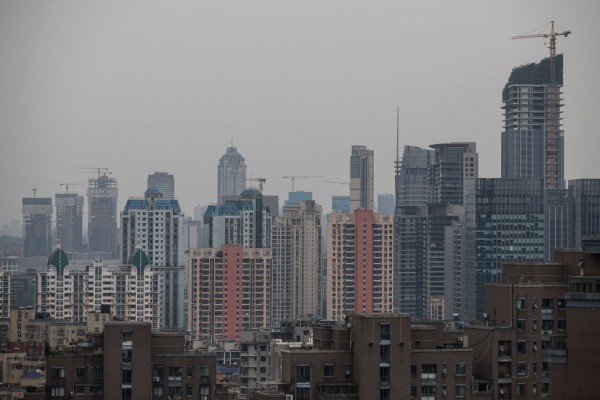 (Photo: Getty Images)
WUHAN, CHINA - JULY 16: The view of the Wuhan landscape on July 16, 2021, in Wuhan, Hubei Province, China. With no recorded cases of COVID-19 community transmissions since May 2020, life for residents in Wuhan is gradually returning to normal.

According to Rebel News, Jingsheng claimed that the Chinese Communist Party disseminated COVID-19 at the World Military Games in 2019. He was also aware of the prospect of the Chinese government adopting some unusual weapons, including biological weapons.

Former US State Department Principal China Adviser Miles Yu stated that certain French, German, and American athletes became ill with Covid-like symptoms but were never diagnosed with the virus. Canadian soldiers were among those afflicted with the said disease.

The World Health Organization received China's first report of "pneumonia of unknown etiology" on December 31. However, there are rumors that the initial cases date back to mid-November.

Despite the coming health disaster that threatens to damage the United States and the rest of the world, he believes his message to the top officials was not taken seriously.

The Chinese dissident refused to say whose political people he met with but said they were top US government officials.

The long-time Democratic activist claimed he approached the government as rumors of a 'new SARS virus' began to circulate on WeChat and other Chinese social media platforms.

Daily Mail said that any mention of a new SARS virus or 'outbreak' on social media was banned. Brave medical personnel who sought to speak out and warn the world were imprisoned and forced to sign fake confessions of panic-stirring.

Jingsheng, exiled to the United States for years, claimed he was aware of what was going on because Beijing Communist Party insiders expressed their concerns and revealed the central government cover-up.

Sky News said Wuhan held the Military Games a month after evidence shows the virus slipped from the institute, with over 9,000 athletes from across the world.

Former US State Department COVID-19 investigator David Asher stated he was unaware of the Military Games until he was contacted by the army in December 2020. According to Asher, the soldier asked him whether he could explain what happened during the Wuhan Military Games and if these people had been ill with a developing strain of COVID-19.

In the weeks and months following the event, stories of athletes falling ill began to surface.

COVID-19 was circulating in the United States as early as December, according to data from the National Institutes of Health, according to Mr. Asher.

During the military games, Wei Jinsheng "discovered" an unusual activity by the Chinese government during that event.

Jinsheng believed that the Chinese government would use the military games as a chance to transmit the virus because so many foreigners would be present.