A new deep learning AI-powered system has been developed to help experts assess the global climate and its tipping points. The technology was equipped with a comprehensive, deep learning algorithm that could predict future outcomes of climate change, and serve as an early warning device for the impending threats that are nearer than expected. 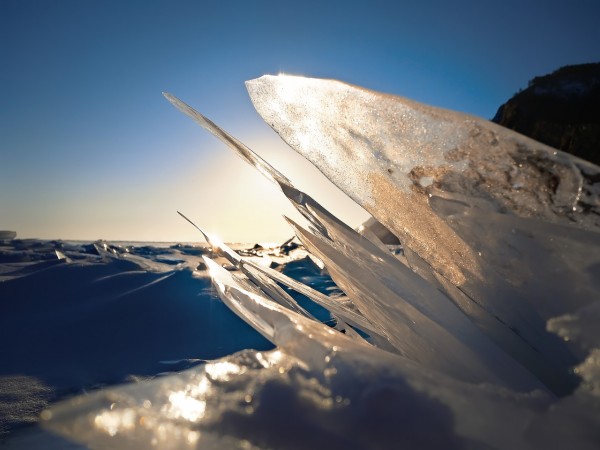 University of Waterloo's applied mathematics expert and co-author of the study Chris Bauch have conducted the study on the new deep learning technology along with colleagues and other collaborators. The main goal of the study is to determine the quick changes that manifest in the global climate system. Among the scope of artificial intelligence is to assess the possible climate changes that could be irreversible either naturally or by human efforts.

Bauch said in a Daily Mail report that the tipping points are undesirable, but their team wanted to contribute to preventing the chaotic outcomes through the artificial intelligence that has developed. The deep learning algorithm they constructed has the ability to specify the precise tipping points of climate change more effectively than the currently available models. Moreover, the AI-powered system could provide detailed information of the impending state that will eventually manifest through the tipping point.

The climate change tipping points that the developed artificial intelligence could measure include the melting of Arctic permafrost that could potentially emit excessive amounts of contained methane and carbon, sufficing uncontrollable heat on the atmospheric regions. There is also the threat of oceanic currents breaking down that will result in a massive shift over the global weather system, and the melting of ice caps in both the planet's polar that will give intensive rise to sea levels.

The artificial intelligence that Waterloo developed holds the best advantage out of the collective climate change prediction systems available today. This specific lead is that the algorithm is specialized to examine and predict several climate change tipping points instead of just focusing on one characteristic.

The new model is developed through the fusion of AI and various mathematical solutions that could formulate the tipping point theories. With that said, the system can handle every prediction required in the state of the current climate condition without human assistance. The experts trained the AI to an estimate of 500,000 tipping point possibilities and tested it on real-world scenarios that included momentous climate headlines from historical records.

University of Exeter's Global System's Institute expert and co-author of the study Timothy Lenton said in a Waterloo News report that the AI model could quickly provide red flags once it detected catastrophic tipping points that can occur in the near future. The expert also added that their improved warning device has the capacity to contribute to the betterment of various societies by adapting and reducing potential flaws that make them vulnerable to climate change outcomes.

Guelph Institute for Environment expert and researcher of the study Madhur Anand said that the developed AI is expected to be a game-changer in the field of global climate studies and for the preparation against the chances of unfortunate effects. The study was published in the journal PNAS, titled "Deep learning for early warning signals of tipping points."

RELATED ARTICLE: Artificial Clouds That Can Cover The Great Barrier Reef from Extreme Heat Developed; How Does It Work?