The World Health Organization recently issued a statement revealing the most recent addition to its recommended list of treatments against COVID-19.

A Medium digital publishing report said this came after the announcement a week ago from the United Kingdom Department of Health and Social Care, giving the go-signal for the treatment's use in severe COVID-19 NHS patients.

The drug, presented to alleviate symptoms and mortality rate in phase III clinical tests, not to mention, is believed to maintain effectiveness against variants, is expected to benefit thousands throughout the UK.

A promising antiviral drug, scientifically engineered for the treatment of COVID-19, is expected to be beneficial to thousands of ill patients. 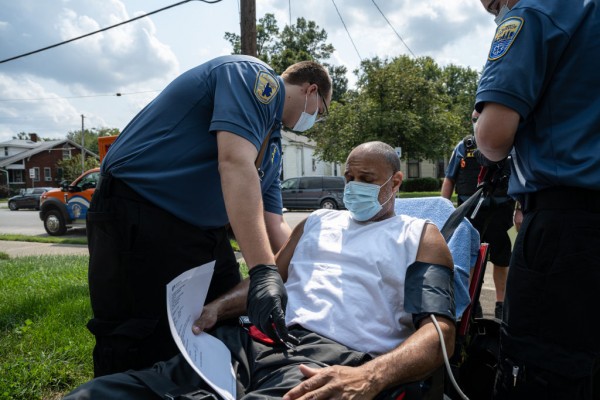 (Photo: Jon Cherry/Getty Images)
The antibody-drug is presented to alleviate symptoms and mortality rate in phase III clinical tests, not to mention, is believed to maintain effectiveness against variants, is expected to benefit thousands throughout the UK.

As recommended by the WHO, the said antiviral drug is believed to be partly advantageous to the most susceptible, who, after exposure to COVID-19, have been unsuccessful in producing a substantial natural immune reaction against the virus.

Plans of the UK for the newly introduced drug aim to benefit hospitalized patients who lack COVID-19 antibodies primarily.

The Department of Health and Social Care, the UK, has gained adequate availability of the drug to treat eligible patients in hospitals both up and down the country.

Ronapreve, the name of the drug, also called Regen-Cov in the United States, as described in the Punch site, is an antibody treatment developed mainly to target the virus.

This antibody-drug is the first-ever of its kind to be authorized for use in the UK by the MHRA or the Medicines and Healthcare products Regulatory Agency of the UK. Ronapreve's rollout in NHS hospitals commenced a week ago.

Studies have shown encouraging prospects as a treatment against COVID-19. During Phase III of the RECOVERY clinical trial, which the University of Oxford led, the active ingredients in Ronapreve were shown to lessen the death rate in COVID-19 patients admitted at the hospital who had not developed a sufficient immune reaction against the virus.

Additionally, phase III of the worldwide clinical trial showed a drop of 70 percent in combined hospital admission and mortality rates, not to mention a four-day decrease in symptoms.

The study's participants were a group of COVID-19 patients not admitted at the hospital identified as high risk.

Notably, the clinical trial evidence of this antibody-drug is limited to those at least 12 years old, weighing approximately 35.5 kilograms and more. Therefore, impacts in children aged below 12 years old are yet to be established.

This means that the drug comprises two antibodies, including the synthetic, man-made proteins designed scientifically to target COVID-19.

The said antibodies that exist in Ronapreve are called imdevimab and casirivimab. Similar to a naturally-mounted immune reaction, such antibodies are working to attack the virus directly.

Furthermore, these antibodies can identify and bind to the spike proteins on the COVID-19 cells' surface, typically attached by the virus to infect a person's body cells.

By locking the spike proteins of the virus, the latter-mentioned is prevented from getting into and infecting healthy body cells in a person.

Lastly, the antibodies in this antiviral drug are effectively neutralizing COVID-19 by acting to support the immune system. Thereby preventing normal viral duplication, not to mention allowing the body for more favorable circumstances in which to recover.

Related information about Ronapreve or Regen Cov in the US is shown on Whiteboard Doctor's YouTube video below: