A new psychological study confirmed that children who experienced sibling bullying could probably become impacted by long-term mental health conditions. Most of the psychological issues manifest to sibling bullying victims when they are in the adolescent period. In addition to the research, people who bully their siblings could have previously suffered, or are still currently experiencing mental illness. 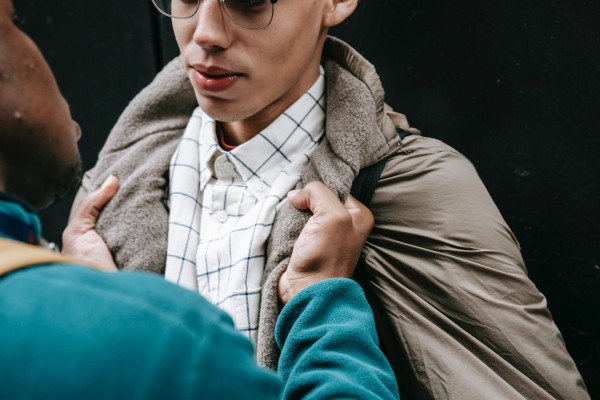 University of York led the study that was comprised of over 17,000 adolescent participants. According to MedicalXpress, most of the subjects were from the United Kingdom, and were from the age group of 11 to 17 years. The Millenium Cohort Study was utilized to gather data for the observations. The main interest of the study is to analyze whether the participants have experienced bullying from their other sibling members, or may have been the bully themselves.

Sibling bullying is a form of psychological violence between children of a family, and based on initial analysis, is among the common types of disturbances experienced in households. According to initial and separate studies, the bullying that occurs between offspring are mostly considered as a form of child abuse and almost 30 percent of sibling violence is recorded as physical assaults. Most of the bullying cases are repeated by 10 to 40 percent, but experts believe that there are more incidents happening under the radar.

Sibling bullying, according to Very Well Family, is built from three foundations including power imbalance, intentional actions, and repetitive behaviors. When these criteria are met, bullying is induced and could be relayed to another member through the form of physical, emotional, and verbal abuse. Other forms include intimidation, humiliation, and name-calling.

The latest study found that the participants who were bullied from 11 to 14 of their age acquired issues on their psychological health status when they turned 17. Moreover, the conditions are not simple problems but rather mixed with an introverted characteristic compared to those who had better relationships with their brothers and sisters. The sibling bullies that pick on their other members are also noted to have been possibly victims of bullying as well. The study concludes that the impacts of sibling bullying could affect the typical health status of an adolescent both at home and in other places such as school.

ALSO READ: The Great Resignation 2021: How to Spot the Signals of an Impending Economic Threat

Bullying is enormously at play in both US and UK. Both countries have one in five children that suffer from violence, either from siblings or other individuals.

The new study was conducted with the help of 17,157 participants. These subjects are the eldest children of a family, with at least one other sibling recorded. The study was composed of participants from inclusive genders with benefits being received from family-child programs. The examination included a set of queries regarding the mental health of children as they were still in ages 11 to 14. A separate examination was also conducted when they reached 17 years of age. Both analyses included answers from parents as well.

The findings showed that the parents and children matched with their answers when the participants were still 11 to14 years, but there were discrepancies between their responses once the children were interviewed upon reaching 17, and most of them that suffered from sibling bullying when they were in previous age group had incurred mental instability and other psychological health problems. The study was published in the Journal of Youth and Adolescence, titled "Sibling Bullying: A Prospective Longitudinal Study of Associations with Positive and Negative Mental Health during Adolescence."

RELATED ARTICLE: COVID-19 Patients Suffered from Delirium Due to Limitations Under the Pandemic, Study Finds