UC Santa Barbara collaborated with numerous institutions to research the development of organic solar cells. The main interest of the study is to identify what causes the cells to be less efficient and how they can be modified for more effective utilization in both industrial and scientific fields. Through a series of examinations, the experts were able to get ahold of the possible solution that would make the efficiency of organic solar cells the same as the traditional silicon-based cells. 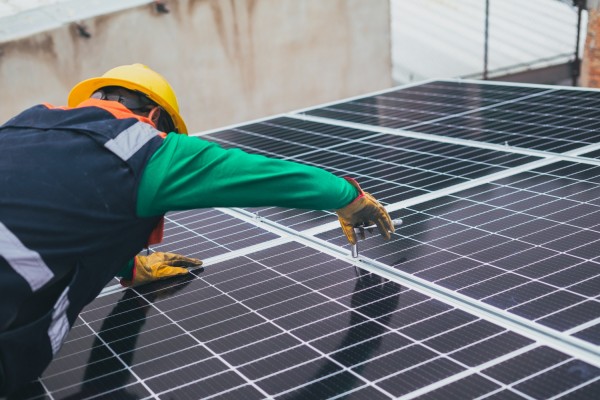 The initial observation was dedicated to finding the condition where the cells lose their current to make the solar cells efficient. This is the sole and significant aspect of why silicon-based cells are Still considered more effective at producing electricity from the harnessed sunlight energies. The best approach utilized in the study was to manipulate and suppress each of the solar cells. In this method, the current possessed by the solar cells will be stable and won't be displaced out of the respective cellular body.

UC Santa Barbara Department of Chemistry and Biochemistry expert and co-author of the study Thuc-Quyen Nguyen said in a Nanowerk report that the modification of organic solar cells required a lot of labor and time for data collection. The supporting review and revisions of the study took a year and a half to perfect.

Organic solar cells are among the anticipated power source of the modern era. It has advanced technology and a unique structural design that could greatly impact the future of solar energy harvesting. The cells are durable, lightweight, and most essential, could be manufactured at an affordable price. The organic solar cells are stunningly flexible that they can be wrapped around any surface commonly used in modern architectures, such as glass coatings and cement on foundations. Like the traditional solar panels, they could also be laid on top of community roofs and greenhouses that convert electricity in real-time.

One factor that puts the organic solar cells above the rest is that their production process is environment-friendly. The solar cells take up fewer materials to produce due to their thin layer structure than silicon-based cells. In addition, they are easy to apply in every way possible, including printing, coating, and even spraying methods that require little amounts of temperature.

The solution experts selected is an approach that involves computer modeling and spectroscopy. Through the technologies, they were able to identify triple exciton, a part of the process in which the organic solar cells recombine molecules leading to the loss of excessive energy. The full coverage was published in the journal Nature, titled "The role of charge recombination to triplet excitons in organic solar cells."