Classic Cars Can Now Be Converted To Electric Cars; Here's How This Startup Save Your Vintage Item!

When automobile buyers drive away from the showroom, most vehicles lose a third of their value. This was before a decade or two of deterioration led to a scrap yard visit. Some automobiles, on the other hand, have a far more lucrative end. If you bought a Ferrari 250 GTO for $18,000 in the early 1960s, your automobile is worth tens of millions of dollars today. But how can you know when a car will be worth hundreds or even thousands of times what it was when you bought it? It's hard to predict the future. But based on the automobiles on display at Salon Prive earlier this month, many future classic cars will be electric.

London Electric Cars is a firm demonstrating how to convert historic cars to electric vehicles to prevent them from being discarded in landfills. According to the UK government's green energy policy, over 46% of all automobiles must be electric by 2030 to achieve the country's climate targets. Sources told NDTV the government is already offering motorists up to £2,000 (approximately $2,700) to get rid of their outdated vehicles. Thanks to this specific startup company, classic automobile owners may now maintain their vehicles without polluting the environment. 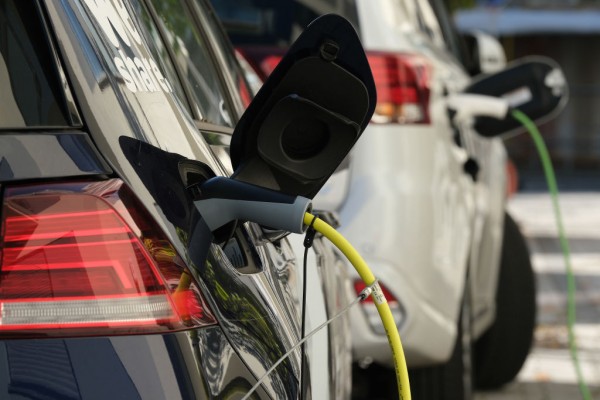 After converting his personal 1953 Morris Minor to an electric vehicle, founder Matthew Quitter established London Electric Cars in 2017. He replaced the gasoline engine with a set of nine prismatic lithium-ion batteries.

Quitter told Euronews Next that he noticed firms in California converting automobiles. He said nobody in the UK was doing it at the time.

The London Electric Cars team now comprises of ten engineers who convert gasoline-powered engines to clean-energy engines. Engineers use recycled Nissan Leaf and Tesla batteries to turn antique automobiles into zero-emission vehicles. They use 3D printers and lithium-ion batteries. On the other hand, Quitter's crew makes every effort to keep as many of the cars' original fixtures and fittings as possible.

Quitter and his team's goals are to keep the automobiles as original as possible for historical sake. Indicators, for example, are not as constant in historic automobiles as they are in current cars. Quitter's engineers, on the other hand, maintain them intact since their owners enjoy such oddities.

Because older automobiles lack contemporary amenities such as power steering and satellite navigation, converting them needs less effort. As a result, the cost of conversion decreases.

Many more electric conversion firms sprung up in the UK after the company's inception. However, London Electric Cars, according to Quitter, is unique in that it aims to deliver this technology to the masses. They also sell conversion kits that may be shipped to the owners of the vehicles. The business is also attempting to convert a vehicle in a shorter amount of time.

Meanwhile, during the Salon Prive event in the regal settings of Blenheim Palace in London, Forbes showcased some of the most notable classic cars turned to electric automobiles.

The Gulf Signature Edition adds a vintage racing livery to the 911 (964) modification that has gotten much attention. Gulf Oil has given the firm complete rights to use the livery.

Even during the 964 periods in the late 1980s and early 1990s, we all knew 911s were quick. Everrati's electrification, on the other hand, makes their version much faster. The Signature Edition boasts 500bhp and 500Nm of torque, allowing it to go from 0 to 60 mph in under 4 seconds. The original petrol vehicle had half the power and took 5.5 seconds to reach 60 mph with a manual transmission. The Everrati car's 53kWh battery allows it to go more than 150 kilometers.

Adults don't have to be the only ones who collect electric cars. The Little Car Company DB5 Junior, which is part of the company's series of shrunken electric reproductions that began with the Bugatti Type 35, is also suitable for children. These miniature future classics are available in 5kW (6.7bhp) and 10kW (13.4bhp) models, and cost £35,000 ($48,000) and £45,000 ($62,000) respectively. They allow your kids to pretend to be James Bond for real, but they may also be significant assets in the future.

At Salon Prive, AVA displayed the finished version of their Tara Browne AC Cobra. Because it's a piece of art made by Dudley Edwards, the original artist behind the iconic vehicle from 1966, this is sure to be a collector's item. Inside the multi-colored body is a beast of a car, capable of reaching 60 mph in under 3 seconds, compared to 5.6 seconds for the original AC Cobra. Although this automobile will be a blast to drive, you might want to spend more time admiring the amazing paint job from the outside. AVA is also producing a number of limited-edition electric Land Rovers, each of which has a story to tell that might help it achieve classic status.