Astrovan Needs New Design for Artemis Mission, and NASA is Open for Suggestions

NASA's moon mission is expected to utilize modern advancements that they could not get ahold back in the first flight. The astronauts will be aboard the Orion spacecraft and supported by the Space Launch System or SLS to begin the collective Artemis II missions. Before the launch, they are expected to travel on land to get to that spacecraft. According to the latest update from NASA is currently on the search for a brand new idea to develop the next 'Astrovan.' The vehicle will be part of the Artemis mission and will carry the crew to the vessel of the launch pad of the lunar mission and any other specific schedules in the future. The vehicle required by NASA is either an original concept or a refurbished version of the old Astrovans in the agency. 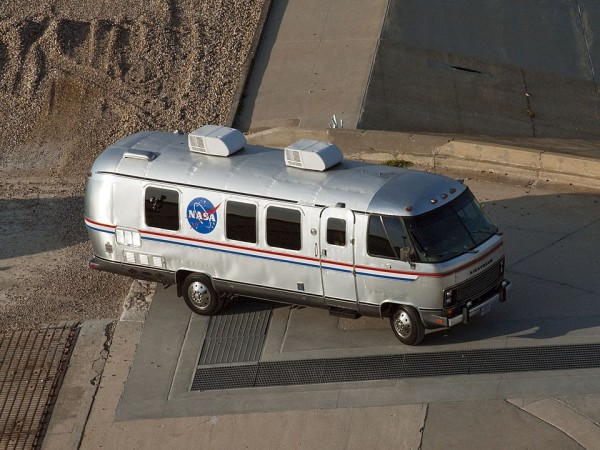 NASA, according to Autoblog, announced that they are willing to collaborate with experts that could come up with a next-gen, modernized Astrovan design. The space agency had constantly been bringing their astronauts to the launch pads of various missions via the Astrovan since 1984. Today, the agency wants it to be revamped for a fresh look and advanced functions across a 9-mile stretch between the astronaut quarters and the launch pad itself. Among the expected designs of the Astrovan that will be retained are its classic looks, such as the retro chromatic silver exterior and, of course, the boasting logo of NASA. But the agency is open for new and modern designs, as long as it will excite the people while the respected astronauts are in transit to the spacecraft.

The Astrovan proposals are to be of unique design and architecture. Among the categories is that the vehicle must be equipped with new technologies and incorporate itself into the Artemis missions. The public should easily identify the vehicle as part of the Artemis mission and visualize the overall mission itself. The Astrovan must include eight seats that will carry the astronauts. These seats must also include four specialized seats for suited crewmembers. The Astrovan will take the astronauts to the spacecraft for launch and will be the one to take them back once the crew returns.

Astrovan in Artemis and Future Missions

The Artemis mission will be the first modern-day space flight that will include visitation to the moon. The mission is also the first mission that will have inclusive crew members from minority groups. Artemis will be supported by other deep space posts already waiting on their respective orbits, including the SLS, Orion, Lunar Gateway, and other commercial human landing systems available in space.

The responses regarding NASA's Astrovan development will end on October 22. Experts interested in joining the project are encouraged to visit their website for more information, even if the investments and other factors will be significantly lower than other space vessels included in the Artemis lunar mission.

RELATED ARTICLE: Experts Claim Giant Comet is Hurtling Towards Milky Way; Is It The Largest Comet Yet?