Experts are utilizing Superconducting detectors or MKIDs for scientific and industrial purposes. Specifically, superconducting detectors can capture single photons charted on the outskirts of the galaxy called the exoplanets. The MKID technology functions to monitor kinetic induction, and through this process, the energy component of a photon is changed. SRON Netherlands Institute for Space Research has developed the model into a double-functioning spectral resolution. To improve the resolution capture, the study found a way for the leaked energies to be trapped. 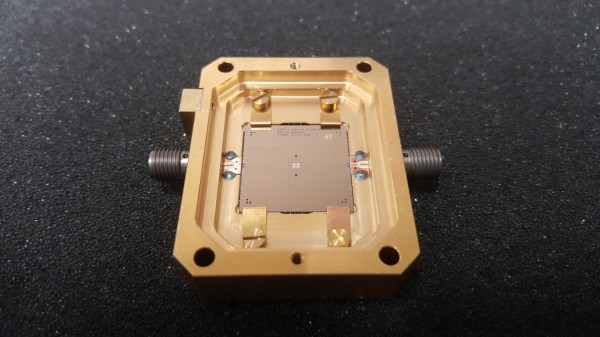 Electrons are most likely found in pairs whenever enclosed in a superconductor treated with low temperature. The electron pairs in this specific setup have a unique oscillation property, where it accelerates or decelerates on a cycle. The movement of the electron pairs produce energy based on electricity called kinetic inductance. A superconductor that exhibits all of the conditions could also sort or displace its contained energy when a photon is stuck to it. When this happens, the electron pairs inside the material eventually break up, and a lower density of pairs increases kinetic inductance.

The superconductor's ability to assemble and break electron pairs is commonly utilized to capture single photons that are either visible or in a near-infrared state. These photons are observed from the exoplanets through the combination of the superconductor's single-photon detector technology that harnesses microwave resonators, hence the name Microwave Kinetic Inductance Detectors or MKIDs.

The detectors can detect and measure the scale of the kinetic inductance of material and gather information once the superconductor is applied with force through photons. The process in which the pairs of electrons break allows wavelengths to materialize each pixel in a specific scope. The advancement of the MKID technology is improved in a recent study led by SRON Netherlands Institute of Space Research expert Pieter de Visser and their colleagues. By upgrading the superconductors, the experts achieved a 2.5 times precision increase on the photon's wavelength.

The traditional single-photon detectors, according to PhysOrg, are powered by superconducting architecture. This circuit could allow energy to be transferred through a thick silicon or sapphire material. Even if the captures are excellent and the spectral resolution seems to be near-perfect, the overall imaging is limited due to the energy leakage from detected photons. The energies are being excreted from the system through acoustic waves and cause significant variance that should broaden the spectrum.

The study required the experts to replace the substrate with a thinner membrane from the silicon nitride. Through this approach, the study observed that the photons did not escape due to the membrane's ability to reflect, bouncing the energies back to the superconductor. The results allowed the superconductor t break up more electron pairs than the first standard model. Further research is needed for the experts to quantify the factors that will make the spectral resolution much higher. The study was published in the journal Physical Review Applied, titled "Phonon-Trapping-Enhanced Energy Resolution in Superconducting Single-Photon Detectors."