SpaceX isn't taking any chances when it comes to hosting its next passenger trip. NASA announced on Thursday that its next crewed mission to the International Space Station would launch on a Halloween weekend.

After the successful Inspiration4 civilian trip last month, the Crew-3 mission will be SpaceX's fourth crewed mission for NASA and its fifth overall.

Elon Musk's aerospace company will send three astronauts and a two-time veteran for the first time for the Crew-3 mission. It is similar to the Inspiration4 mission, which sent up four individuals who had never flown to space before.

Crew-3, on the other hand, is not a regular team like Inspiration4. Three NASA astronauts and one European Space Agency astronaut make up the crew.

From the launch date and time to the astronauts on board and what follows next, here's everything you should know about the SpaceX Crew-3 mission. 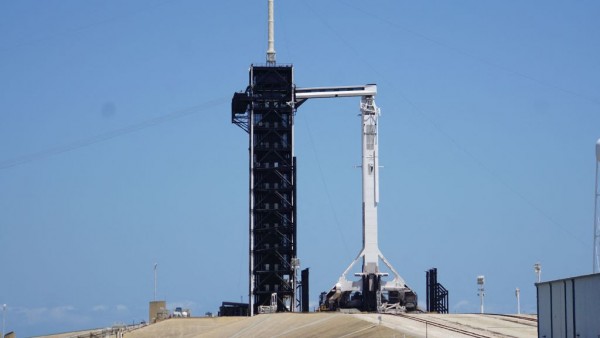 (Photo : Photo by GIANRIGO MARLETTA/AFP via Getty Images)
SpaceX Falcon 9 rocket, seen on the launch pad at Launch Complex 39A less that 24 hours before it is scheduled to launch for its Crew-2 mission, at NASAs Kennedy Space Center in Florida, April 22, 2021. - A crewed SpaceX mission to the International Space Station has been postponed by a day due to weather concerns downrange of the launch site, NASA said Wednesday. Liftoff had been scheduled for Thursday but because of unfavorable conditions along the Atlantic coast, it will now be set for 5:49 am (0949 GMT) Friday April 23.

SpaceX's Crew-3 mission, the company's fifth crewed trip, is set to fly to the International Space Station on October 30. They will depart from Florida's Kennedy Space Center's Launch Complex 39A.

Falcon 9 rocket booster B1067 will carry out the launch by 2:43 a.m. EDT. SpaceX previously used this booster on NASA's 22nd Commercial Resupply Services mission on June 3.

Kathy Leuders, the NASA associate administrator for the Space Operations Mission Directorate, expressed her excitement (per Space.com) for the ecosystem of the International Space Station. She stated that they are preparing to use the space station for another ten years.

Four people will travel on SpaceX's Crew-3 mission. NASA astronauts Kayla Barron, Raja Charri, and Tom Marshburn are among the passengers. Matthias Maurer, an ESA astronaut, is the fourth passenger.

The next @Commercial_Crew mission to the station, @SpaceX Crew-3, is targeting its launch to the station for Oct. 30 at 2:43am ET. More... https://t.co/kbxyoeK9W5 pic.twitter.com/tzdGH1wJrG

Scientific equipment such as human research, rodent research, and other experiments are flying to the ISS alongside the astronauts.

Joel Montalbano of NASA's International Space Station program said in the same Space.com report that they will conduct 300 different experiments on board every time they fly an increment mission.

As the first all-civilian crewed journey to space, the Inspiration4 mission created history. The goal of the mission was to generate $250 million for Memphis' St. Jude Children's Research Hospital.

The Inspiration4 mission included four passengers: Jared Isaacman, Haley Arceneaux, Chris Sembroski, and Sian Proctor. Arceneaux made history by being the first and youngest American to travel into space and the first to do it wearing prostheses.

Proctor, who acted as the mission's pilot, made history by being the first black woman to pilot a spacecraft.

RELATED ARTICLE: SpaceX Gives Astronaut Wings to Its Inspiration4 Crew; Can You Guess What FAA Said?