COVID-19 Could Have Evolved 9 Years Ago Through a Chinese Miner in Wuhan, China, Experts Say

Many experts are now publicly questioning if the virus was created or released from a Wuhan lab since the origins of the COVID-19 epidemic remain unclear.

However, a new idea offers a completely different explanation.

Dr. Jonathan Latham, US Bioscience Resource Project executive director, said COVID-19 may have developed in the body of an infected Chinese mineworker about a decade before the epidemic began, according to

Notably, he said that samples of the mysterious miner's illness were delivered to virus experts in Wuhan for examination, from where they may have escaped into the population.

The development of the Alpha version in Kent last Autumn, according to Dr. Latham, demonstrates that the virus may make "abnormal evolutionary leaps" and rapidly generate huge numbers of mutations while inside a person for a long period.

Cambridge University announced earlier this year that the super-infectious Alpha strain most likely developed in a single immunocompromised patient who had the illness for months. 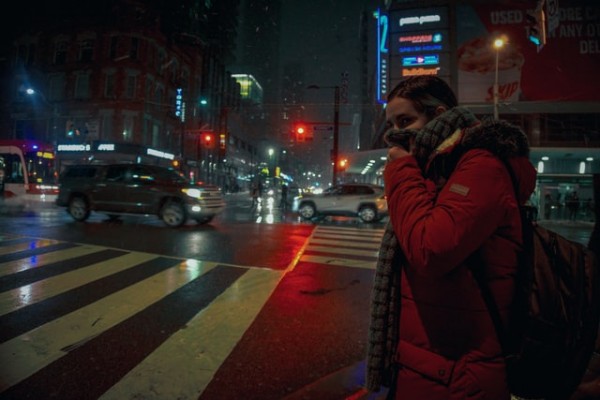 (Photo: Talha Atif on Unsplash)
The new studies are not primarily changing that view, but results are signaling the need for better masks in certain circumstances and specify that the virus is changing in ways that are making it more difficult.

Wuhan scientists discovered a virus called RaTG13. The illness seemed to be a 96 percent match for COVID-19 but must have diverged 40 years earlier. According to Forbes, these viruses originated in the same caves just a year after the deaths.

However, reports said the development of a virus-like RaTG13 may have happened much faster within the body of a miner.

Researchers know that coronaviruses were prevalent and diversified near the mine. They also acknowledge that several of the miners were hospitalized for long periods of time.

Virus sequences held and examined at the Wuhan Institute of Virology have been requested by scientists studying the pandemic's origins on several occasions. However, soon before the pandemic, a database holding sample details was taken offline.

Alison Young, the Hurley Chair in Public Affairs Reporting at the Missouri School of Journalism, said per the Telegraph report that hazardous viral lab breaches were widespread throughout the world and had previously resulted in epidemics.

She claims that one of the justifications is that lab experiments are exceedingly unusual occurrences. Lab mishaps, according to Young, are not uncommon. There were 134 documented lab exposure incidents of viruses, germs, and toxins that the US government controlled in the United States in 2020.

Young noted that lab mishaps and exposures are common.

She cited the 2007 foot and mouth disease outbreak in England caused by sewage breaches from an Institute for Animal Health (IAH) lab in Pirbright, Surrey, and Sars virus leakage in China. However, she claims that many lab leaks go unnoticed.

According to Young, laboratories don't like the situation when their leaks are made public.

During a BMJ webcast on the pandemic's origins (per the same Telegraph report), Latham stated that the idea takes hundreds of mutations in one miner to convert into Sars-Cov-2.

Decades were compressed into a period of roughly six months.

However, researchers have heard of the unusual occurrence of rare cases of substantially accelerated viral development in the United Kingdom. There was as much evolution in that one guy in England as there had been in millions of other diseases.

They noted a similar development occurred within the lungs of miners following the mysterious sickness in 2012 and that the virus escaped from a medical sample collected from afflicted miners.

Six miners got critically ill in 2012 while shoveling bat guano in the Tongguan mineshaft in Mojiang, Yunnan, with a pneumonia-like disease strikingly similar to COVID-19. Three of them died, while the rest spent up to six months in hospitals.

The deaths were most likely caused by a Sars-like coronavirus that originated in horseshoe bats, according to a Chinese researcher who studied the deaths for his master's thesis.

RELATED ARTICLE: Wuhan Wet Market NOT the Source of Coronavirus But a Hotspot for a 'Superspreader' New Study Shows