COVID-19 Effect: More Deaths Reported in People with Mental Illnesses During the Pandemic

A recently published study showed an increase in the number of deaths among those suffering from mental illness as a COVID-19 effect, whether these people have had the virus or not.

According to a Medical Xpress report, the number of deaths among people with mental health conditions and those with intellectual disabilities has gone bigger during this global health crisis.

The result, revealed in a new study based on over 160,000 patients, showed that the mortality rates of people who suffered from severe mental illness were already higher than the general population before the pandemic.

Specifically, it showed that from March 2020 until June that same year, during the first wave of the illness, death rates further increased among the said population compared to the general one. 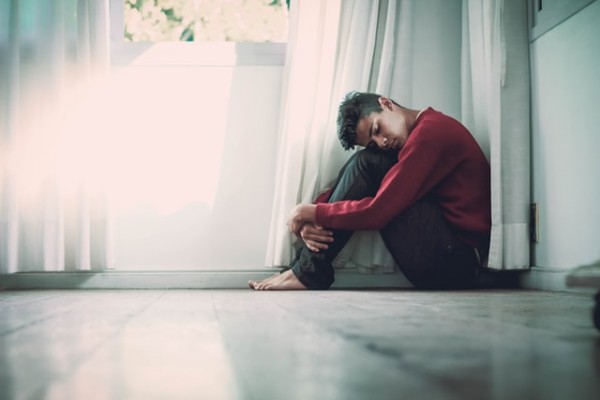 (Photo: Fernando @cferdo on Unsplash)
A new study showed an increase in the number of deaths among those suffering from mental illness as a COVID-19 effect, whether these people have had the virus or not.

Deaths Due to Mental Illness Because of COVID-19

According to the King's College London, the said research was published in the run-up to the commemoration of World Health Day on October 10, 2021, with the theme "Mental health in an Unequal World" this year.

In a similar report, INews specified that according to the study, deaths from COVID-19 among the people who have learning abilities were nine times greater than the general population during the first period of the lockdown, and for those experiencing eating disorders, nearly five times higher.

Meanwhile, for individuals with personality disorders and people with dementia, deaths from COVID-19 were approximately four times higher than the general populace and more than thrice higher than in people suffering from schizophrenia.

The study, published in The Lancet Regional Health-Europe, was partly funded by the National Institute for Health Research or NIHR Maudsley Biomedical Research Center or BRC and used the Clinical Record Interactive Search or CRIS system to assess anonymized data from patients' e-clinical records in South London.

According to Dr. Jayati Das-Munshi, the study's lead author, reader in Social Psychiatric Epidemiology at King's College London, and Honorary Consultancy Psychiatrist with South London and Maudsley NHS Foundation Trust, the research findings paint a stark image of the manner the present susceptibility of people with mental health conditions and intellectual disabilities have turned worse during this pandemic.

Compared to the general populace, the higher mortality rates were linked to more deaths from the virus itself and deaths from other causes.

Das-Munshi added that people who live with severe mental health conditions and intellectual disabilities need to be regarded as a susceptible group at risk of mortality from COVID-19 and deaths from other causes throughout the COVID-19 crisis.

He also said they suggest a need for prioritizing vaccination and optimizing physical health care, not to mention the reduction of suicide risk, prior, during, and following COVID-19 peak infections among those living with mental health illnesses.

Through the NIHR Maudsley BRC's CRIS, the study authors examined anonymized data from over 160,000 patients at South London and Maudsley NHS Foundation Trust on mortalities from 2019 until 2020.

Specifically, they examined death rations through nine mental health conditions and intellectual disabilities, as well as by ethnicity.

These were standardized by gender and were also compared with five-year weekly deaths on average from 2015 until 2019 from England and Wales.

Essentially, deaths in people suffering from mental health conditions and intellectual disabilities dropped from July 2020 to September 2020 as cases of COVID-19 dropped and lockdowns ceased, although stayed double that of the general populace, which was the same as the numbers before the pandemic.

The same trends in mortality were seen across minority ethnic groups within the sample, with the Black Caribbean and South Asian people with severe mental health illnesses and intellectual disabilities being more than twice more possible to die in the pandemic period than the year before the pandemic.

Related information about COVID-19 and mental health is shown on Digital Medic at Stanford University's YouTube video below:

RELATED ARTICLE: Can Yoga and Meditation Help with Coronavirus Treatment?

Check out more news and information on Mental Health and COVID-19  in Science Times.