A new study led by one of Chile's biotechnologist experts, Nadac Reales, shows that starving microorganisms can survive excessive pollution in three days by eating a nail. The results of the study could be a way to understand more about how metal-eating bacterias work and could be a significant factor to an effective approach of cleaning metal-rich, high-pollution environments such as mines. 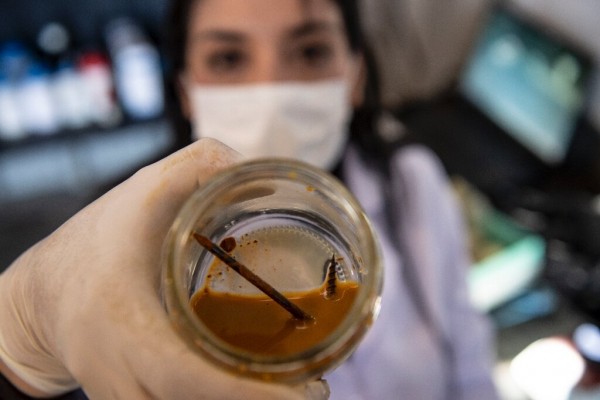 Nadac Reales and their biotechnology team have experimented on one of the Antofagasta laboratories located over 1,000 kilometers from Santiago in Chile. The research of Reales was made possible with the help of bacterias that we're able to surpass extremities brought by the environment called the extremophiles.

Reales had the inspiration for the research when the expert was still on the venture at their university. According to a PhysOrg report, Reales got the idea when they were conducting a test over microorganism-induced mining plants that will develop a better approach to extracting coppers. The expert said the initial experiments they have gone through helped them to determine the possible needs of the mining industry. Among the key interests, the team focused on in the recent development is to provide a top-notch cleaning procedure of metallic waste.

Some of the excess metals found in mining areas could be smelted, but other types of metals can not undergo the same process and a often thrown away at the vast Atacama desert. Most of the discarded non-smelted metals are the HGV truck hoppers that, due to their massive size, can contain 50 tons of rock. The Atacama desert is known in Chile as the largest area of mining activities.

Copper is among the largest producer of copper all over the globe. The country accounts for 15 percent of their total GDP to the metal. But because of the excessive production from the mining industry, the country somehow contributes to its mining waste pollution that undoubtedly affects the ecosystem of the majority of their regions.

To contribute a definitive solution to the ongoing mining conundrum, Reales utilized their company called the Rudnac Biotec to develop an iron-oxidizing bacteria known as the Leptospirillum. The bacteria was found by the team back in the Tatio geysers. The extraction area was located 4,200 meters above sea level and 350 kilometers away from the Antofagasta region.

Leptospirillum is a bacteria that is commonly found in environments with acidic structures. The said bacteria have a unique capability to prevent the concentration of many metals from inflicting a significant impact. Reales said that the first examination took the Leptospirillum 2 months to disintegrate a single nail. Alongside its capability to consume metals, the Leptospirillum experiences starvation, and surprisingly, they found a way to adapt and feed themselves.

Reales and their team took at least two years to complete the comprehensive study. Based on the results of their long-term chemical and microbiological research, the Leptospirillum was found to obtain an ability faster than its previous records and consumed a single nail in just three days.