When inhaled, these toxic chemical substances could cause respiratory issues and lasting damage to the airways and lungs. They published their findings of a study titled "Chemical Analysis of Fresh and Aged Australian E-cigarette Liquids," in the Medical Journal of Australia. 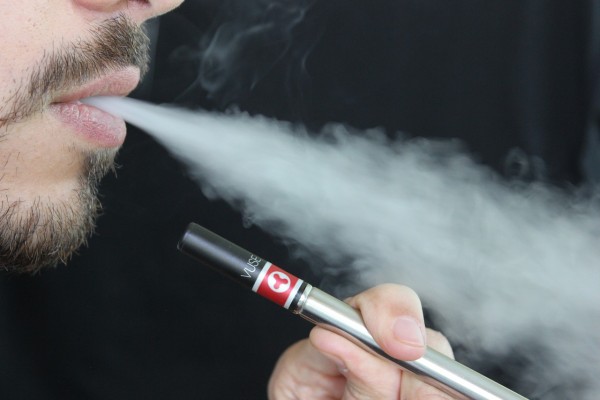 Vaping and electronic cigarettes have gained popularity among young people in recent years. According to Medical Xpress, Associate Professor Alexander Larcombe of Curtin University agreed that it is important to know and understand the short and long-term effects of inhaling these harmful chemical substances.

Out of the 65 electronic cigarette liquids they examined, they found that 42 contained benzyl alcohol, a solvent that enhances flavor and causes severe allergic reactions. Larcombe said that the presence of benzaldehyde in these liquids, whether in their fresh or aged state, is alarming.

Benzaldehyde is found in almost all of the liquids they examined and at dangerously high levels. It is used to give an almond-like flavor as people smoke using e-cigarettes.

Larcombe said that benzaldehyde is known to irritate the airways and reduces the body's ability to remove inhaled pathogens. More so, it can increase exposure to nicotine and the concentration of nicotine in the blood.

He added that finding benzaldehyde in a lot of the electronic cigarette liquids means that a majority of people who use vapes are inhaling chemical substances that are classified as harmful by the Globally Harmonized System of Classification and Labelling of Chemicals.

Moreover, Larcombe pointed out that benzaldehyde is on the list of prohibited e-liquid ingredients (TGO 110) that are prohibited in Australian electronic cigarette liquids.

Also, they found that the liquids contain 9% nicotine despite being labeled as nicotine-free. Researchers also found other chemicals for flavoring, like menthol, which enhances the addictive properties of nicotine and changes how it metabolizes, and trans-cinnamaldehyde that impairs the immune system.

E-cigarettes are battery-operated devices that heat a chemical substance to produce vapor that users inhale, according to the National Health and Medical Research Council (NHMRC). The chemical substances range from solvents to flavoring agents that may or may not contain nicotine.

NHMRC said that it is difficult to assess the safety and efficacy of e-cigarettes as a whole because results from one research that involves a particular product have low external validity, which means results do not apply to all e-cigarette users. But it is possible to gain insight into the efficacy and potential harm that e-cigarettes bring by examining common findings across various studies.

The council recognizes the need for high-quality research on e-cigarettes and funding studies to investigate the effects of e-cigarettes. Chinese news outlet Xinhua reported that the tobacco industry in Australia has fallen under criticism for marketing e-cigarettes to young people using catchy taglines and glamorous social media imagery, alluring sweet flavors, and claiming it is safer than the common cigarette.

Check out more news and information on E-Cigarettes in Science Times.