Tesla CEO Elon Musk said, "do not worry too much about methane," as it is not a stable molecule and would break down to carbon dioxide, which is extremely stable.

He also voiced his support for a carbon tax during the annual shareholder meeting of his electric car company, saying that it is necessary and would benefit Tesla, although it might put SpaceX at a disadvantage. 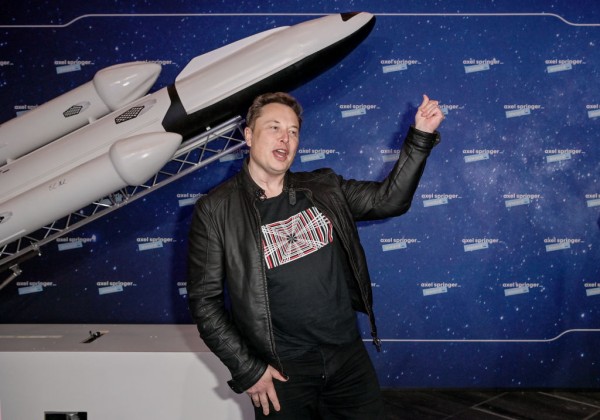 According to Business Insider, Musk has been endorsing a carbon tax since 2015 despite the possibility that it could affect his spaceflight ambitions. He even proposed the policy to the Biden administration but was told that it was too "politically difficult."

Musk added that people should not be too worried about methane, the greenhouse gas that accounts for 20% of the emissions in the atmosphere. The US Environmental Protection Agency shared on their website that methane is 25 times as strong as carbon dioxide in trapping heat in the atmosphere, causing the temperature rise.

Moreover, SpaceX has also been using methane to power the Starship rocket that Musk's company will be used to send to Mars. Just this January, Tesla announced that it is planning to drill near a Texas launchpad to extract natural gas.

The American Association for the Advancement of Science said that methane emissions occur during all phases of drilling and production, particularly in oil and gas facilities. When used as rocket fuel, it burns the liquid oxygen and releases water vapor and carbon dioxide into the atmosphere, which means SpaceX's Raptor engine indirectly contributes to methane emissions.

But with the $100 million investment Musk has put into carbon-capturing technologies, it might be possible for his space company someday to recycle gas emissions by its rockets into the atmosphere continuously.

Musk said during the annual meeting of Tesla that the electric car company is trying very hard to do the right thing in all aspects, including the environment.

"But if you're looking for a company where we say, is that company really trying to do the right thing? That is Tesla," Business Insider quoted Musk.

What is a Carbon Tax?

Tax Policy Center defines a carbon tax as a price put on carbon emissions that cause climate change and global warming. Greenhouse gas emissions are changing the climate, and a carbon tax is one way that could encourage people, businesses, and governments to produce less carbon to avoid serious consequences brought by global warming.

Most of the burden of a carbon tax lies on energy-intensive industries and lower-income households. But policymakers can use the revenue from this tax to offset those impacts by lowering individual and corporate taxes, reduce the budget deficit, and invest in clean energy and other methods to fight climate change.

A carbon tax is necessary because those who benefit from burning fossil fuels do not pay for environmental damage caused by carbon emissions. Rather, the cost is borne by people around the globe, as well as future generations.

People like Musk saw a carbon tax as a way to increase the price of burning fossil fuels and the goods and services that use them. Higher prices would mean lower profits, wages, and consumption, leading to lower costs of climate change and air pollution.