Shatner will take part in a 10-minute up-and-down journey out of the visible atmosphere to the edge of space with Chris Boshuizen, founder of Earth-observation business Planet Labs; microbiologist Glen de Vries; and Audrey Powers of Blue Origin.

After being delayed by a day due to strong winds (per Science Times), Space.com said Blue Origin scheduled the liftoff from its West Texas launch site for 10 a.m. EDT.  The company aims to broadcast the launch coverage of the countdown on its website and on YouTube for those who want to see the event at the comfort of their home. 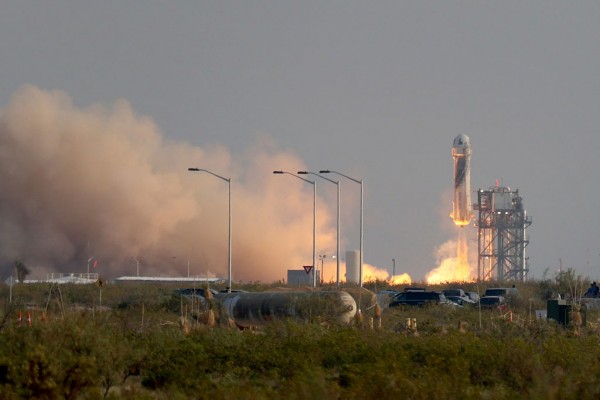 Patrick also stated that the crew finished their first day of training on Sunday, took the day off Monday due to a scheduling change, and spent Tuesday finishing launch training.

In a video interview uploaded on YouTube, Patrick stated that they wanted astronauts to accomplish three goals during the meeting.

The initial goal is to familiarize them with the safety features onboard the crew capsule and the expected actions from the crew in the event of an emergency.

Patrick said that the second goal is to prepare the crew for the unexpected parts of spaceflight, such as odd noises, bumps, and accelerations.

He went on to say that the final phase of training is to teach the crew how to act in zero-gravity within the cabin without clashing with their fellow passengers.

Shatner joked in an interview with Gayle King on CBS Mornings that he'd be able to boast about what he accomplished at his age. However, he stated that his true motive was "to have the vision." According to Shatner, he wants to travel to space and observe the Earth. Shatner claimed that he wanted to see what people would have to do to rescue the planet.

Blue Origin will use the New Shepard capsule to transport the crew to a height of slightly over 62 miles, which is the globally acknowledged "boundary" between the visible atmosphere and space. Before a parachute descent to Earth, the passengers will experience three to four minutes of weightlessness and breathtaking sights.

Welcome Mr Shatner to our flight crew! We're going to have so much fun this week! https://t.co/jJSOvITykG

Shatner will beat Funk's record by eight years and John Glenn's record by thirteen years before that.

Given that the spaceship is entirely automated, Blue Origin's medical standards for passengers are relatively light.

For the 90-year-old Shatner, CBS News said the most arduous difficulties would most likely be climbing the seven flights of stairs necessary to reach the gangway to enter the New Shepard spacecraft and then surviving more than five times the normal force of gravity during the fall.

On the other hand, Funk had no issues. Blue Origin executives are likely to expect the same with Shatner.