The United States Preventive Service Task Force recently said taking aspirin to avoid first stroke or heart attack (myocardial infarction) may have a small benefit for adults in their 40s and the risks outweigh the potential benefits for those in their 60s and who haven't had a heart attack or stroke.

An NPR news report said older adults who don't have heart ailment should not take a low-dose aspirin every day "to prevent a first attack or stroke," according to an influential guidelines group via an updated advice release early today.

Bleeding threats for adults, especially those in their 60s and above who have not experienced any heart attack or stroke, outweigh any probable benefits from aspiring, as stated in the draft guidance of the US Preventive Service Task Force.

The panel said for the first time that there may be a small benefit for adult individuals in their 40s without bleeding risks. Meanwhile, for adults in their 50s, the group softened advice saying, proof of benefit is less clear. 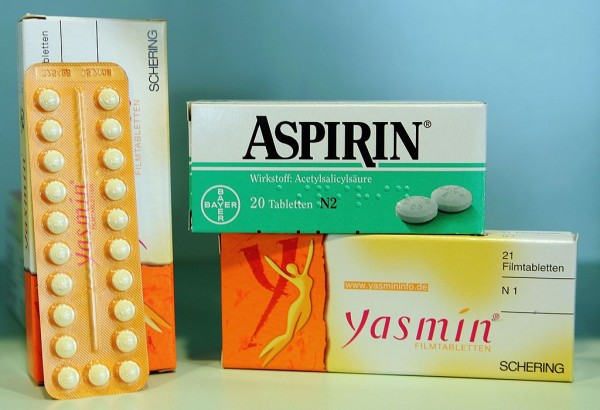 (Photo : Andreas Rentz/Getty Images)
A health task force recently said taking aspirin to avoid first stroke or heart attack may have a small benefit for adults specifically those in their 40s.

The said recommendations are intended for individuals who have high blood pressure, high cholesterol levels, obesity, or other health issues that cause an increase in their chances for stroke or heart attack.

According to Dr. John Wong, a task force member and primary-care expert at Tufts Medical Center, regardless of their age, adults need to talk with their doctors about stopping or beginning use of aspiring to guarantee that it is the right option for them.

Dr. Wong said aspirin usage could result in serious harm, and the threat increases along with age. If finalized, the guidance for older adults would reverse the recommendations the panel released in 2016 for helping prevent an initial stroke or heart attack. However, it would be in line with more recent guidelines coming from other medical groups.

Aspirin for Heart Attack or Stroke

Doctors have long recommended daily low-dose aspirin for many of their patients who already have had a stroke or heart attack. The guidance of the task force is not changing that advice.

The group previously claimed that daily aspirin intake might shield against colorectal cancer too, for some adult individuals in their 60s and 60s although the updated guidance indicates more proof of any benefit is needed.

The said guidance was posted online to allow for comments from the public until early November. That input will be assessed by the group that will then make a final decision.

Importance of the Guidance

Aspirin is best known as a pain reliever. It is a blood thinner as well, which can lower the chances for blood clots. However, this drug has risks as well, even when taken in low doses, mainly ulcers or bleeding in the digestive tract, both of which, according to a similar Delaware Public Media report, can be life-threatening.

Internist-researcher Dr. Lauren Block from the Feinstein Institutes for Medical Research in Manhasset, New York explained the guidance is essential since so many adult individuals take aspirin even if they have never had a stroke or heart attack.

Not part of the task force, Block recently switched one of her patients to a cholesterol-lowering statin medication from aspirin due to the probable harms.

Richard Schrafel, 70, one of the patients who is well-aware of his high blood pressure and heart attack risks, didn't experience any adverse effects from aspirin. However, he takes the newly issued guidance seriously.

A report about taking aspirin to prevent a heart attack is shown on PBS News Hour's YouTube video below:

RELATED ARTICLE: Aspirin Could Cut the Risk of Dying From Cancer by 20%, Study Reveals

Check out more news and information on the Aspirin on Science Times.