Being an older parent could potentially impact the condition of an offspring. According to a new study, parental age could drive the benefits an offspring will accumulate in its biological status. The research was conducted by experts from the University of East Anglia and was made possible with the help of a model species of roundworms. 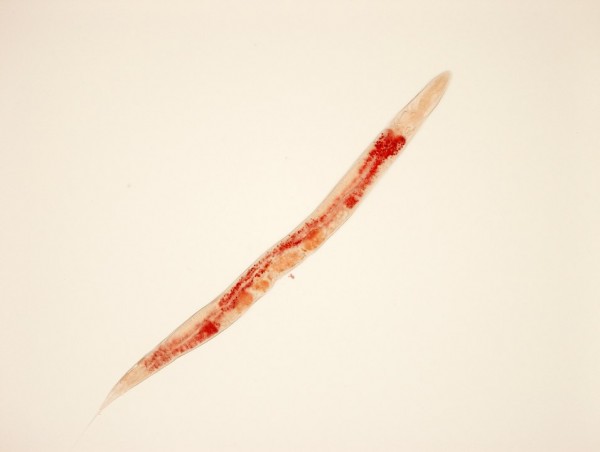 The study revolved around how the parents' age could significantly affect not just a single generation of offspring but also the succeeding batch of generations. The observation was processed with the unique characteristics of roundworm generations. The specified model used for examination is the species called the Caenorhabditis elegans, which experts believe has the closest biological structure that is perfect for understanding how age and development work.

The research revealed that the offspring of older roundworms grew larger than their standard scale. The development of Caenorhabditis elegans to being adults was also observed to be faster compared to their normal growth.

University of East Anglia School of Biological Sciences expert and author of the study Laura Travers said in a PhysOrg report that many species experience a shorter lifespan when they are an offspring of an older parent. The expert added that humans are among the species incurred with a reduced average life as long as they are children of older parents. Travers emphasized that older parents who still produce offspring could endanger and risk the biological condition of their living reproductive products, and the risk comes for many reasons.

One of the issues stated by Travers regarding offspring production in older age is that the parents could lay lower quality sperm or eggs. In addition, older parents might have less potential to relay care for their offspring due to incapability to operate biologically. However, some species express unique skills when laying an offspring. Some of the known animals recorded could put together robust and exemplary offspring compared to standard offspring. This is because they have the biological advantage of investing resources and have been knowledgeable due to the experiences they honed throughout their life.

The collective response of older parents allows them to take care of their offspring at their fullest, making the children mature better than other variants.

Among the milestones, the research is focused on is how certain specifics of parental age correlates to the betterment of the lifespan and even the reproduction of their offspring. The investigation included several roundworms and bred them to produce multi-generation offspring. The collective roundworms were divided by young parents and older parents.

The observation included the measurement of the lifespan and reproduction ability of each of the parental line's second generation. The traits that the offspring inherited from their parents were also noted. These traits are the most basic features, such as the adult body size and the growth rate. The results showed that older parents of the Caenorhabditis elegans laid large eggs and the hatched offsprings grew quickly onto their adult form. Moreover, the adult offsprings were able to produce earlier and faster. These effects did not affect their lifespan in any way. The study was published in the journal Proceedings of the Royal Society B, titled "Beneficial cumulative effects of old parental age on offspring fitness."