A new animal study showed how four weeks on a diet of highly processed food led to severe inflammation in the brains of aging rats. Medical Xpress reported that the test subjects suffered from behavioral signs of memory loss. But when they supplemented the diet with omega-3 fatty acid DHA, it reduced inflammatory effects and prevented memory problems.

On the other hand, the research team did not detect any neuroinflammation and cognitive problems in young adult rats even when they had a similar diet of highly processed food. 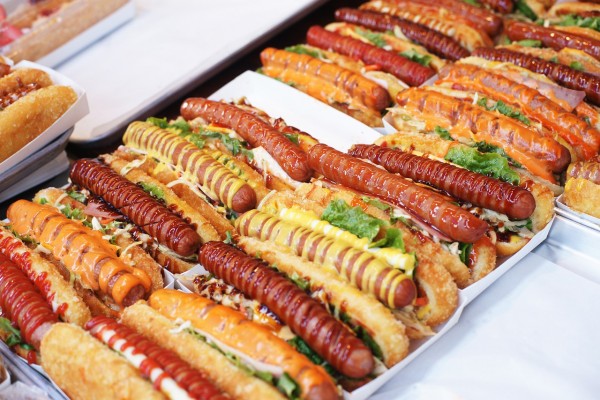 Researchers from The Ohio State University sought to find how everyday life events, specifically on an unhealthy diet comprised of highly processed food, could trigger neuroinflammation in the aging brain, particularly on the amygdala and hippocampus.

This research builds on senior study author Ruth Barrientos' previous study that a short-term, high-fat diet could lead to memory loss and neuroinflammation in older animals and that docosahexaenoic acid (DHA) levels in the amygdala and hippocampus are lower in an aging brain.

According to NIH, DHA is an omega-3 fatty acid found in fish and other seafood. Scientists have recognized their significant role in brain health as it can fend off inflammatory responses brought on by a processed diet.

Researchers said that ready-to-eat food taken by humans, often packaged for long shelf lives, is linked to memory loss and other diseases, such as obesity and type 2 diabetes. Examples of this type of food are potato chips, pasta dishes, pizzas, and deli meats.

They suggest that older consumers must lower their intake of highly processed food and instead add DHA-rich foods in their bite, given the alarming effects of this kind of diet on the brain.

In their study, titled "Dietary DHA Prevents Cognitive Impairment and Inflammatory Gene Expression in Aged Male Rats Fed a Diet Enriched With Refined Carbohydrates," published in the journal Brain, Behavior, and Immunity, the team randomly assigned 3-month-old and 24-month-old male rats to their normal diet, a highly-processed diet, and a highly-processed diet but supplemented with DHA.

According to Food Navigator, the team observed that genes linked to pro-inflammatory protein and other biomarkers of inflammation were significantly elevated in the hippocampus and amygdala in older rats that have highly processed diets compared to younger rats with similar diets and old rats with a highly-processed diet supplemented with DHA.

Moreover, aging rats on the highly processed diet showed signs of memory loss, an indication of problems in the hippocampus, and displayed anticipatory fear behavior to a danger cue, a sign of abnormalities in the amygdala that was not observed in young rats.

But researchers cautioned against interpreting their findings that feasting on processed food is acceptable as long as they take DHA supplements. They recommend focusing on overall diet improvement to prevent multiple negative effects of a highly-processed diet.