Researchers recently found that the more time children spend in nature, the easier they are dealing with the pandemic lockdown.

A Fatherly report specified that according to a new study, kids who are spending longer hours than usual playing outside in nature had a substantially easier time coping with this global health crisis.

As shown in the new study, children who had more exposure to nature during the pandemic were also found to have substantially lesser behavioral issues. 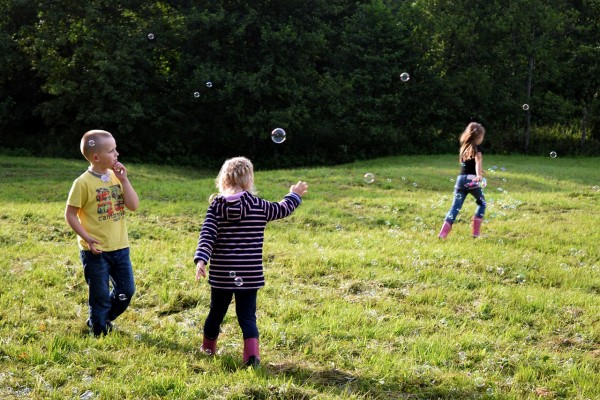 (Photo: Mimzy on Pixabay)
A study shows the more time children are spending in nature, the easier they are dealing with the pandemic lockdown.

Over 200 Parents Asked About Their Kids Involvement with Nature

In 2020, between April and July, the study investigators investigated more than 200 parents in the United Kingdom with children whose age ranges from three to seven years old.

They then asked the parents if their child's connection to nature had changed and the reason for such. The researchers organized the responses into kids spending more time in nature, less time in nature, and roughly the same time there.

Parents completed a survey as well to investigate their children's emotional and behavioral wellbeing. Results of the study were published in the People and Nature journal.

The researchers found that children who extended their time in nature had substantially lesser behavioral problems than children who spent either less or the same duration in nature.

The results were stratified by economic status as well. Meaning, children in well-off families were more likely to have extended their time outside than those in less well-off households.

In this study, the researchers noted that the results are lining up with the same studies carried out among adults in the United Kingdom during the COVID-19 crisis.

The study findings are the most recent in a growing field of scientific research documenting how nature can support one's mental health, including children.

For instance, nature has been shown to lessen stress, not to mention the risk of anxiety and depression. However, the new study's authors underscored specifically that these benefits could at times have trouble reaching everyone.

They noted that while some families have maintained easy access to nature like having a garden, other family members had more trouble getting outside because of closed public green spaces and travel restrictions, as explained in a related Verywell Mind report.

Essentially, going outside can be beneficial for everyone, both children and adults. However, psychology experts said, if a family needs a mood boost, say, over the weekend, there are lots of things they can engage in, like taking a hike, going out for some birdwatching, and simply running around the backyard or the park nearest to them.

Related information about how nature is helping during the pandemic is shown on Things2do's YouTube video below:

Check out more news and information on Mental Health and COVID-19 on Science Times.