Researchers at the Max Planck Institute for Polymer Research, through an alliance with TU Dresden, have just used lasers to examine further how water surface may function as a template for the molecules' regular arrangement, not to mention what physiochemical mechanisms are triggering this.

A Nanowerk report said that the generation of high-quality layers, for example, one molecule high, is strongly relevant for optoelectronic components like organic light-emitting diodes in modern cellular phones. Both lifetime and energy efficiency can be enhanced.

In this study, researchers said, "on-water chemistry," the use of water surface to impact chemical reactions, discovered back in the1980s, is a potential candidate for generating such layers. 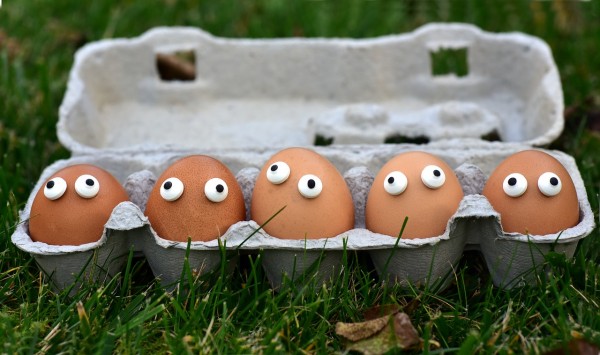 (Photo: Ulrike Leone on Pixabay)
Like an egg carton, this chemistry type provides the probability of selectively forcing molecules into a crystalline, lie regularly arranged structure, for instance, they can sit only in areas the surfactants on the water surface are enabling them.

Compared to an Egg Carton

As described in the study, Surfactant monolayer-assisted growth of a crystalline quasi-2D polymer, published in Chem, like an egg carton, this chemistry type provides the probability of selectively forcing molecules into a crystalline, lie regularly arranged structure, for instance, they can sit only in areas the surfactants on the water surface are enabling them.

A similar My Space report said, until to date, it has remained unclear what physical and chemical procedures are operative for the attainment of such an arrangement.

For instance, what role is being played by the charge of the surfactant? Another question, this report indicated is that, to what extent do bond distances on the water surface need to "match those of the applied molecule?"

Group leader Yuki Nagata, from Mischa Bonn's department at the MPI for Polymer Research, together with his team have answered the questions.

For this purpose, the researchers used the molecule polyaniline as an investigational object. They also surveyed the arrangement process on the water surface in more detail through the use of laser spectroscopy.

Essentially, SFG or sum-frequency generation spectroscopy is ideally appropriate for such a purpose, as it only offers indications from the interference, instead of the underlying water.

With its help, the team of scientists was able to map the process of polymerization over a period of several hours. They were able to detect the formation of any intermediates, as well.

Explaining their work, Nagata said they were able to show that the charge on the surface matters for the synthesized samples' quality.

He added they're hoping that their study will offer a way to generate polymeric coatings through the tailoring of water surfaces accordingly.

According to a HyMARC report, the sum frequency generation vibrational spectroscopy is an in situ, non-destructive, not to mention, nonlinear laser spectroscopic approach that offers extraordinary opportunities to probe molecular interactions on surfaces, as well as buried interfaces, owing to its high interface sensitivity and selectivity.

Essentially, compared with the conservative conventional vibrational spectroscopic approaches like the FTIR, SFGVS, is said to be background-free. More so, it does not suffer from blackbody radiation that's below high temperature.