The US Food and Drug Administration (FDA) has released a product recall last week for two types of hypertension medications made by Lupin Pharmaceuticals. The drug recall states that the medications have high levels of impurity that could cause cancer.

In 2019, the FDA also ordered the recall of the common blood pressure medication losartan after the manufacturer, Torrent Pharmaceuticals, found a possibly carcinogenic compound in more batches of the drug. 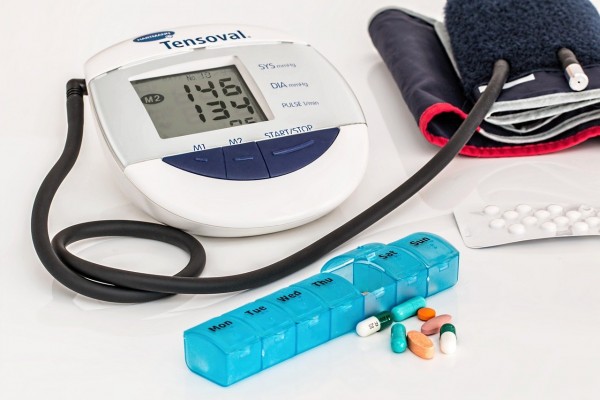 (Photo : Pixabay)
The US FDA has released a product recall ono two of the hypertension medications of Lupin Pharmaceuticals due to their potential high levels of cancer-causing impurity.

The company's analysis showed that some of the finished batches of the drug have above limits for the cancer-causing substance N-nitrosoirbesartan.

The company said they had received four reports of illness from irbesartan tablets, but none from irbesartan/hydrochlorothiazide tablets between October 8, 2018, to September 30, 2021. But they clarified that the four cases were not related to the impurity.

"Although Lupin has received no reports of illness that appear to relate to this issue, the company, out of an abundance of caution, is recalling all batches," FDA said in the notice.

The recall also includes lot numbers for the 30- and 90-count bottles that were sent to wholesalers, mail-order pharmacies, drug chains, and supermarkets around the country between 2018 and 2020.

FDA has advised anyone taking these recalled products to contact their pharmacist or doctor and arrange a different treatment. While those who have experienced adverse reactions could contact FDA's MedWatch Adverse Event Reporting Program via online, mail, or fax.

ALSO READ: Metformin, a Drug for Diabetes, is Investigated for Cancer-Causing Contaminant

Irbesartan Uses and Side Effects

Irbesartan is a hypertension medication that lowers blood pressure to prevents strokes, heart attacks, and kidney problems that might be caused by diabetes, according to WebMD. It belongs to the angiotensin receptor blockers (ARBs) type of drug.

Doctors usually prescribe their patients to take this medicine once a day but the dosage is based on the patient's medical history and response to treatment. Patients are advised to regularly take this medication to get the most benefit from it.

However, taking irbesartan also has its side effects. The patient could experience dizziness, lightheadedness, and an upset stomach as the body adjusts to the medication. It is advisable to immediately seek the doctor or pharmacist if these side effects worsen.

To reduce the risk of experiencing dizziness and lightheadedness, doctors advise slowly get up when rising from a lying or sitting position. It is also important to take note that the benefits of taking this medication outweigh any risks or side effects.